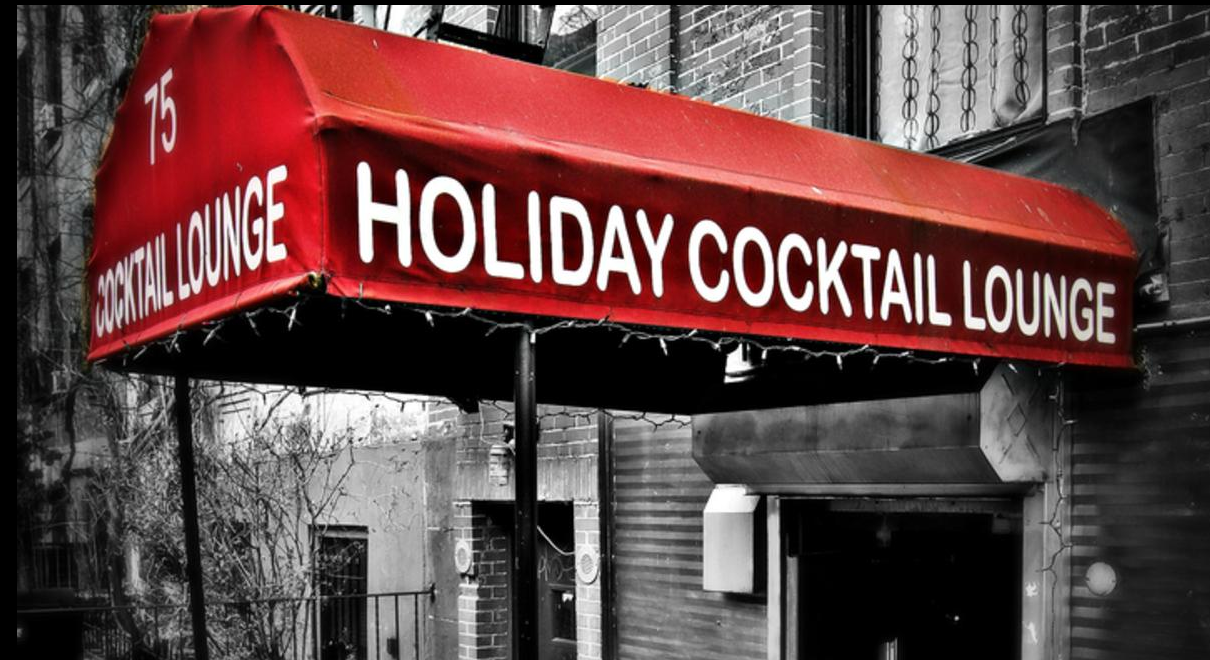 Exciting times at Cut The Cap, we’re spreading our wings and dipping a toe over the pond. Yup, that’s right we’ve landed Stateside, New York City to be precise! Over the coming weeks and months we’ll be covering the very best bars that this fine city has to offer.

Like London the cocktail culture has exploded here and so it comes as no surprise that between the 2 cities they hold the top 5 positions on the current World 50 Best Bars list and plenty more through out.
The list of bars is long, the task big but we think that we’re up to it! So with that in mind lets get to it. First up is Holiday Cocktail Lounge (75 St Marks Pl, New York, NY 10003)…

History lesson first. Context is always a good thing we find. Its been 3 years in the making but Holiday Cocktail Lounge, the once-iconic East Village magnet for rockers, poets, intellectuals and revolutionaries, now owned by Robert Ehrlich, who created the Pirate’s Booty empire and is now launching SexyPop Popcorn (more one that coming soon), is as of March alive and kicking again.
Holiday Cocktail Lounge opened around 1950, succeeding the Ali Baba Burlesque, which entertained guests in the 1940s. It became the city’s 50th licensed bar when Prohibition ended in 1933. The venue began its libational history back in 1919 as a speakeasy hidden in Ann’s Beauty Shop, attracting the likes of Russian revolutionary Leon Trotsky during his East Village sojourn. The building itself dates back to 1835. In its nearly 100 years of history, the bar has attracted cultural celebrities and notables including Madonna, Sinatra, Keith Richards, The Ramones, Iggy Pop and now Cut The Cap!

The bar program is led by veteran bartender Michael Neff, formerly of Ward III and The Rum House, together with his brother, Danny Neff, (who is an absolute gent!) previously at Extra Fancy and The Bar Room. Barbara Sibley, noted culinary authority and chef/proprietress of La Palapa, is leading the kitchen charge.

Under the hood Holiday Cocktail Lounge features an “East Village Foraged” cocktail and food program to celebrate the neighbourhood’s rich epicurean resources and multicultural foodways. They incorporate hyper-local ingredients from purveyors that are within a short radius of the bar – Danny pointed us in the direction of a cracking tea shop once he knew we were from Blighty.

Ehrlich is on record as saying “The renovation of Holiday Cocktail Lounge was a labor of love” and its is to see why. It has been part of the East Village’s social fabric for generations and a nexus for those who embrace iconoclastic creativity, artistic passion and boundless intellectualism and served as an antidote to everyday life.

Whilst Michael and Danny’s are committed to honouring its gritty, celebrity-studded past, you definitely get the sense that they want to maintaining the creative ‘anything can happen’ ethos of the East Village. By marrying the bonhomie and warmth of a timeless neighbourhood bar with a world-class drinks program, no doubt they and the revealers are in for some fantastic experiences! 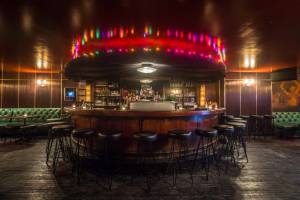 Holiday Cocktail Lounge accommodates 75 guests overall, with 14 at the actual bar itself, with seating in the back. The front of the room is now a dedicated live performance space that is crowned by a print of a harem scene from its Ali Baba days that was discovered behind paneling during the renovation. The phone booth, one of only a handful left in New York City, remains in place, untouched, with its original phone number. The renovation also uncovered a Prohibition-era tunnel in the basement that extends across St. Marks Place!

So what did we drink?! Less words more pictures for this… one of everything(!) and they did not disappoint but the stand outs were ‘The Holiday Cocktail with Pilsner’ and ‘The Ocean Club’.
(Ps the eggs were outstanding!) 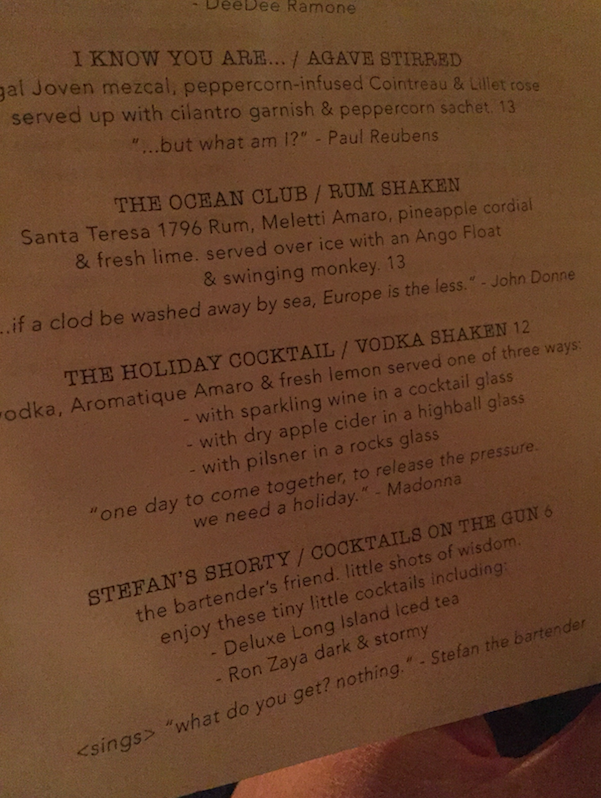 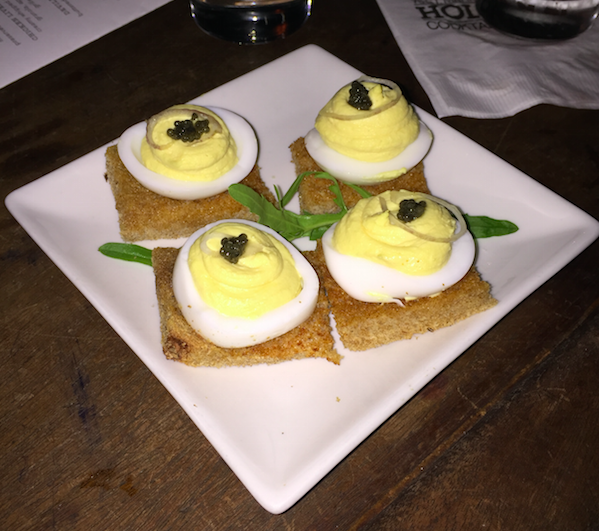