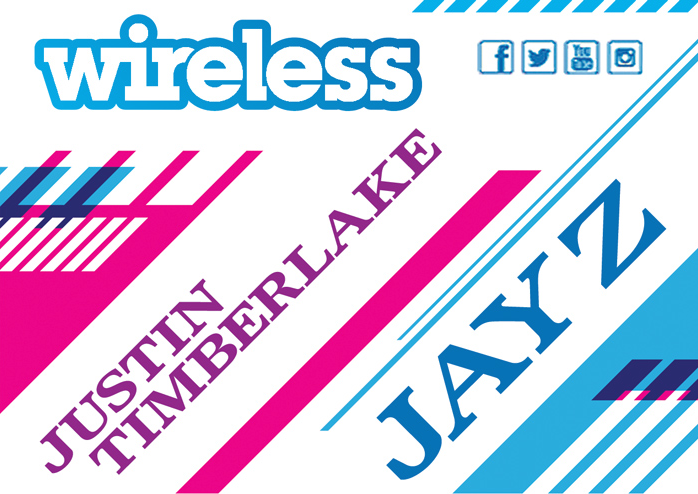 At the risk of making this  website sound like a Justin Timberlake blog, we are happy to reveal the line up for this years Wireless Festival 2013.

Tickets go on sale Friday 22nd February at 9am and can be purchased at www.wirelessfestival.co.uk 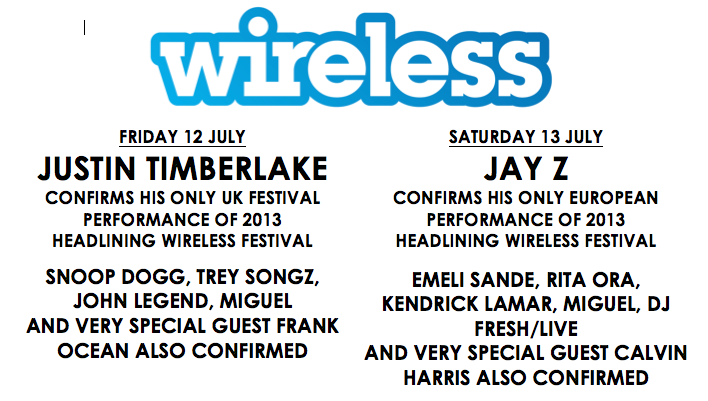 Entering its ninth consecutive year Wireless Festival promoter Steve Homer from Live Nation is looking forward to another sensational year.  He said, “Wireless Festival has gone from strength to strength since its inception in 2005, we’re incredibly excited to take it to its new home, London’s iconic Queen Elizabeth Olympic Park, and are delighted to secure Justin Timberlake and welcome back JAY Z.   Securing these two artists – JAY Z for his only European performance of 2013 and Justin Timberlake for his only UK festival appearance this year – cements our reputation as a world class player on the festival circuit.”

Dennis Hone, Chief Executive of Queen Elizabeth Olympic Park, said: “We are delighted to welcome world class artists like Jay Z and Justin Timberlake to Queen Elizabeth Olympic Park. This summer we are hosting a summer series of events and concerts, including the fantastic Wireless Festival. We are on track to deliver a great summer, a top visitor destination and a great legacy for east London.”

Boris Johnson said: ‘This is a stellar line up of stars that is set to bring the house down this summer at Queen Elizabeth Park London. It proves that our fantastic Olympic park is now a destination of choice for world class musical events.’

Wireless Festival is the UK’s number one urban/ pop festival and the destination of the summer.  A dazzling open-air live music experience It offers a chance to experience the excitement of watching the best in popular music in one of London’s most iconic sites – Queen Elizabeth Olympic Park.  With many more acts and details still to be unveiled, Wireless Festival 2013 is set to be the biggest and best event on the summer’s musical calendar.

Seeing as they will be in Stratford, I wonder if they would want to pop round mine for a cup of tea and cigar after their performance?

They will still need to take their shoes off though!