Another RumFest has come and gone and once again we sampled some amazing rum, met some amazing people and got the inside scoop on the next wave of rums that we think are going to be big. over 2,500 people descended to RumFest this year to learn through tastings & masterclasses as well as get their Rum knowledge up to speed.

This was our 10th RumFest and as we said to Ian Burrell when we bumped into him, each year gets better and better.

My only gripe is that I wish I had longer to get round as we only managed to get around half the room, because of the great rum chats we were having. Looks like next year we need to go for 2 days – yikes!

Here are our top Rum finds from RumFest 2018

Havana Club 15 year
We were lucky enough to get to the Havana Club Iconica Masterclass on the Saturday where we sampled some of Havana Clubs premium range, hosted by Max Warner, UK Brand Ambassador.
Max began with a quick history to Havana Club and the rums available to sample today. We kicked off with the Havana Club Seleccion De Maestros which has always been a favourite of ours to pair with a cigar. A great rum to open the session and offered us a great starting point to the Cuban style rum. 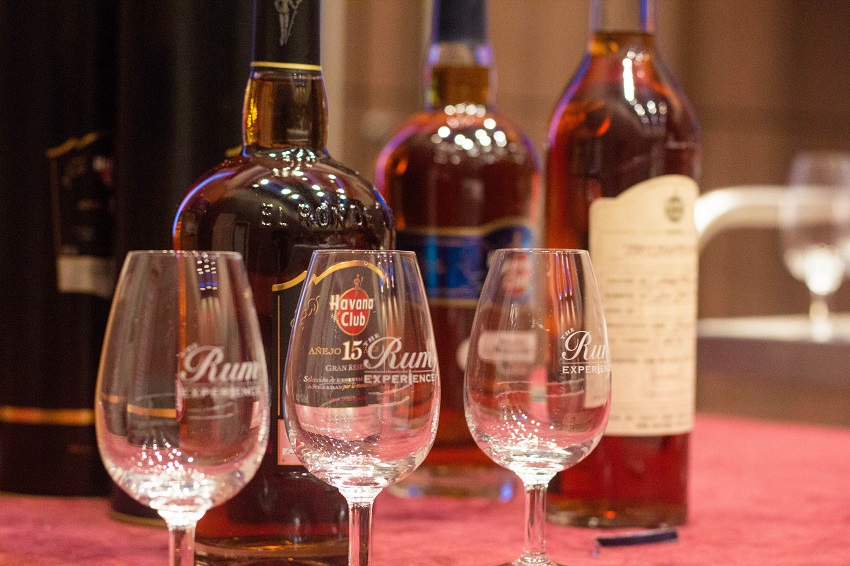 We were then treated to Havana Club 15 year which I had tried once before many years ago, but was thrilled to be sampling properly this year. This liquid was so smooth and yet offered a really pallet of flavours. On the pallet I had dried fruits, with a hint of spice and oak & caramel.

I found the rum offered the sweet smooth taste but also there was a meaty flavour to it, like when drinking a heavy Malbec.

This is a rum that is needed with a heavy cigar after a big meal.

To end the proceedings, we were treated to the Havana Club Tributo 2018.  This is the third expression in a series of annual releases that pay tribute to the different elements of the Cuban rum production process.

The 2018 edition has been crafted from blended rums drawn from 60-year-old casks and part-finished in barrels that had previously held smoky malts. The Tributo was launched at the Habanos Festival in Cuba earlier this year, with only 2,500 bottles globally.

Depaz Rhum
I am happy to put my hands up and say my experience with Agricole rhum is limited and this year one of my goals was to expand my knowledge. Finding our way through the crowd we were lucky enough to meet Benoit Bail, the ambassador for Depaz. He gave us the history of the company and the Depaz family and the background to the factory and how the rum has survived since it was founded in 1638 by Victor Depez.

We then began our journey sipping through the range with the Cuvee de la Montagne White rum all the way through to the Grande Reserve XO.

It blew my mind how smooth the Depaz Reserve Speciale VSOP was which is a unique blend of rums aged for at least 7 years in selected small oak barrels.

The Depaz Grande XO was which is a blend of rums between 8-10 years was also something truly magnificent with oak, vanilla really coming through on the pallet. 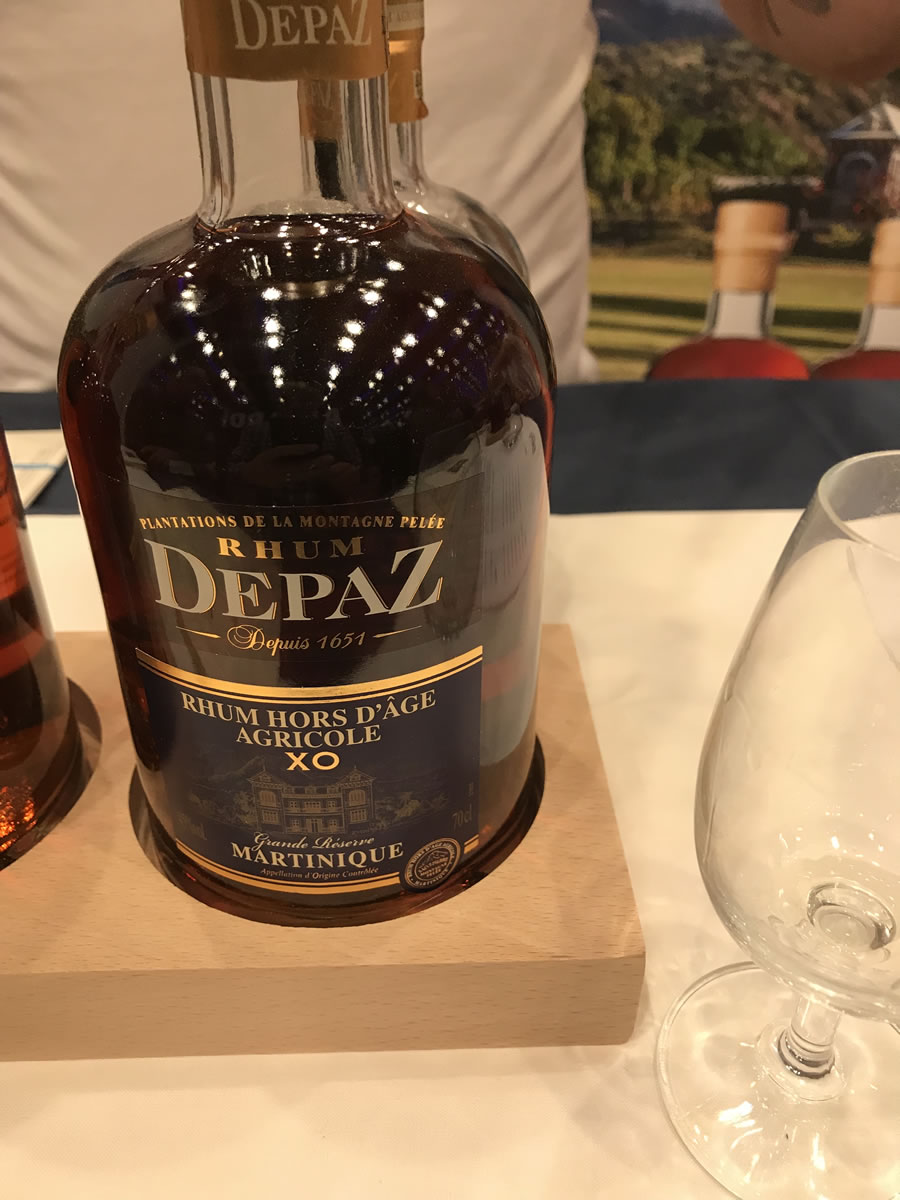 We chatted with Benoit for ages and discussed cigar pairings and he was so kind to hand me a sample box to try Depaz later when I have more time…. so watch out for that.

Depaz Rhum ranges from around £40-£80 plus and available from most specialist retailers.

La Hechicera
Although technically this wasn’t a new rum and we had tried this once before, La Hechicera is a rum from Columbia that launched back in 2012.

La Hechicera is a naturally ‘unpolished’ rum, which means it has not been rounded up with additives or sugar, its smoothness and flavour are the result of the noble wood it is aged in. We found the flavour profile very oaky with scents of toffee and orange making it a great spirit base for a Rum Old Fashioned. 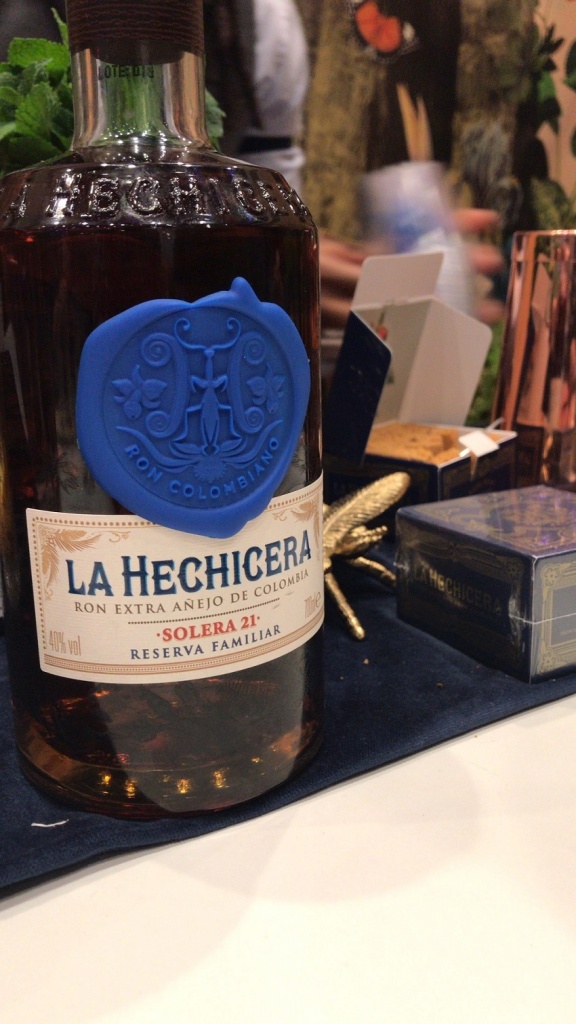 Visiting the stand, we were treated to a rum old fashioned using La Hechicera and sugar syrup containing liquid gold. I was pretty sure the Old Fashioned had liquid gold. The cocktail was delicious and the orange peel really brought out the flavours of the rum so it’s definitely one for the drinks cabinet. 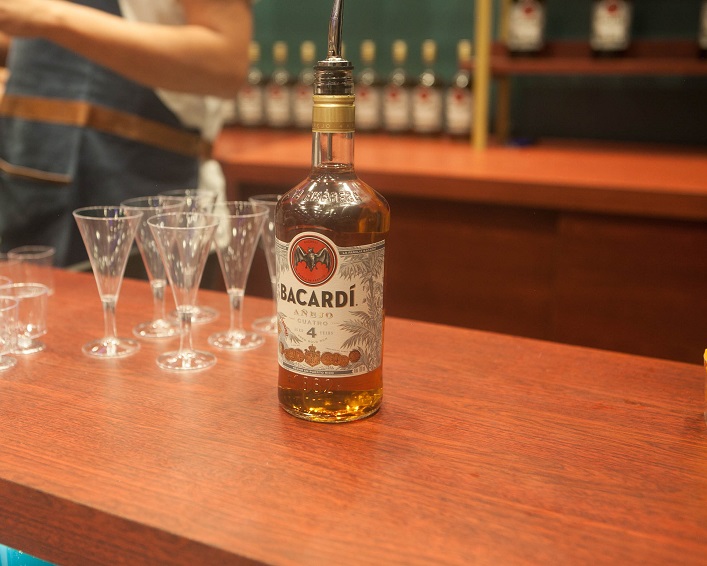 When this first launched we did wonder if this was to replace the much loved 8 Year, however this will sit within the range as part of Bacardi’s premium range offering a premium rum at a very reasonable price.

As usual Bacardi pull out all the stops and this year created a bar in the middle of the RumFest hall. showcasing the versatility of the rum. First we tried it neat, which I have to say, really impressed me.  With an older brother in the 8 year I was worried this would be a rum trying to imitate, however the Cuatro offered a really smooth, easy to drink sipping rum which can be drunk during the day with an afternoon cigar.

We were told this rum was created to offer a premium rum for cocktails, however it stands up as a sipping rum. The cocktails on offer were the Air Mail and the Clarified Cuatro Smoked Colada which really showcased how this rum can be used in cocktails.

Bacardi Añejo Cuatro is priced at around £23 from all specialist retailers.

Neptune Rum
This was a great find for us this year. We had seen the social media in the lead up to RumFest and I was interested to find out more about this rum from Barbados. Neptune Rum is distilled and aged at the celebrated family-owned Foursquare Rum Distillery set within a former 17th century sugarcane plantation at the southern end of the island of Barbados. 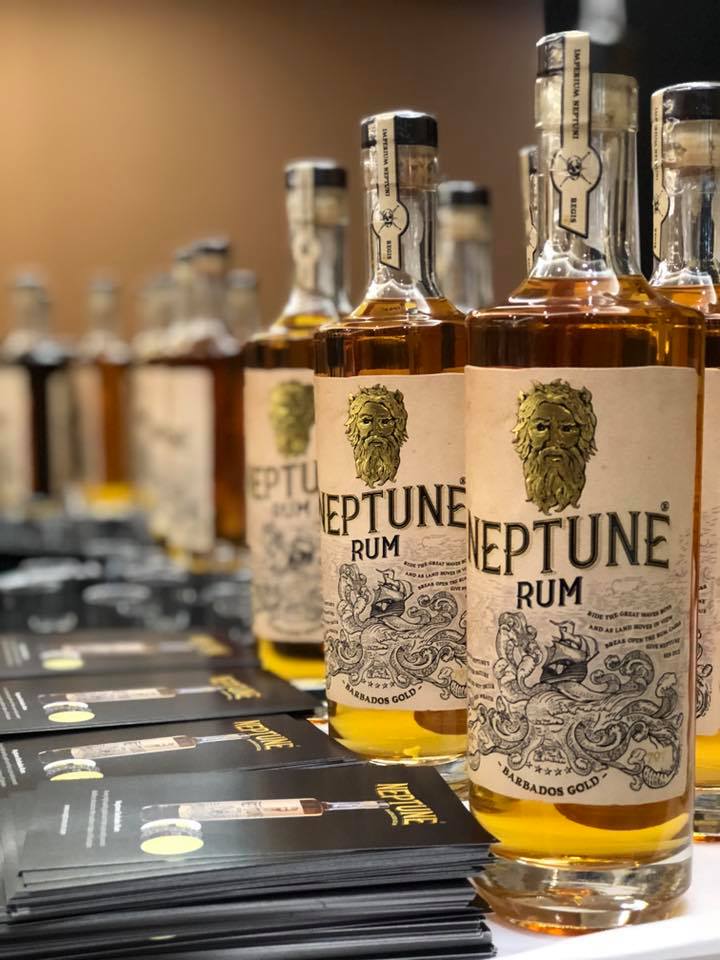 I found this rum silky smooth and fruity, making it a smooth sipping rum with the versatility to work in a cocktail. The rum later won Best British Rum brand at the 2018 Golden Barrel Rum Awards, so expect big things to come from Neptune Rum.

Neptune Rum is available for £37.95 from their website so grab a bottle while you can.

And there you have it – our top 5 rums from Rumfest. It was an amazing day and unfortunately there were some rums I didn’t even get to try which I will be kicking myself till next year. Those rums include Foursquare, Doorlys, Bimber, Pixan, Plantation, Hampden, Java – I could go on.

If this tells me anything, it’s that next year I will need to go both days.

RumFest will return for 2019 and when it does we’ll be sure to share the dates.