There are a lot of things to look forward to this December, and most importantly we are excited about the release of Rogue One: A Star Wars Story.

For those that don’t know Rogue One will pick up between Episode 3 and Episode 4 starring Felicity Jones as Jyn Erso  who leads a group of unlikely heroes to steal the plans to the Death Star. You remember the beginning of A New Hope don’t you? 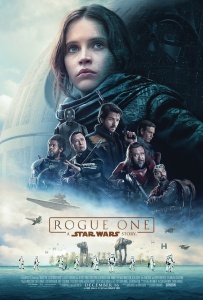 If not it starts with Princess Leia handing over the plans to R2D2 before getting captured by Darth Vader. This film will follow the team who set out to steal those plans.

Learn more about the story here

Expect action, fights and lots of retro nods to the original films.

Rogue One: A Star Wars Story will be landing in cinemas on 16th December and also stars Forest Whitaker, Riz Ahmed, Mads Mikkelsen and Diego Luna

Crank your speakers to ‘full’ and enjoy the new trailer: