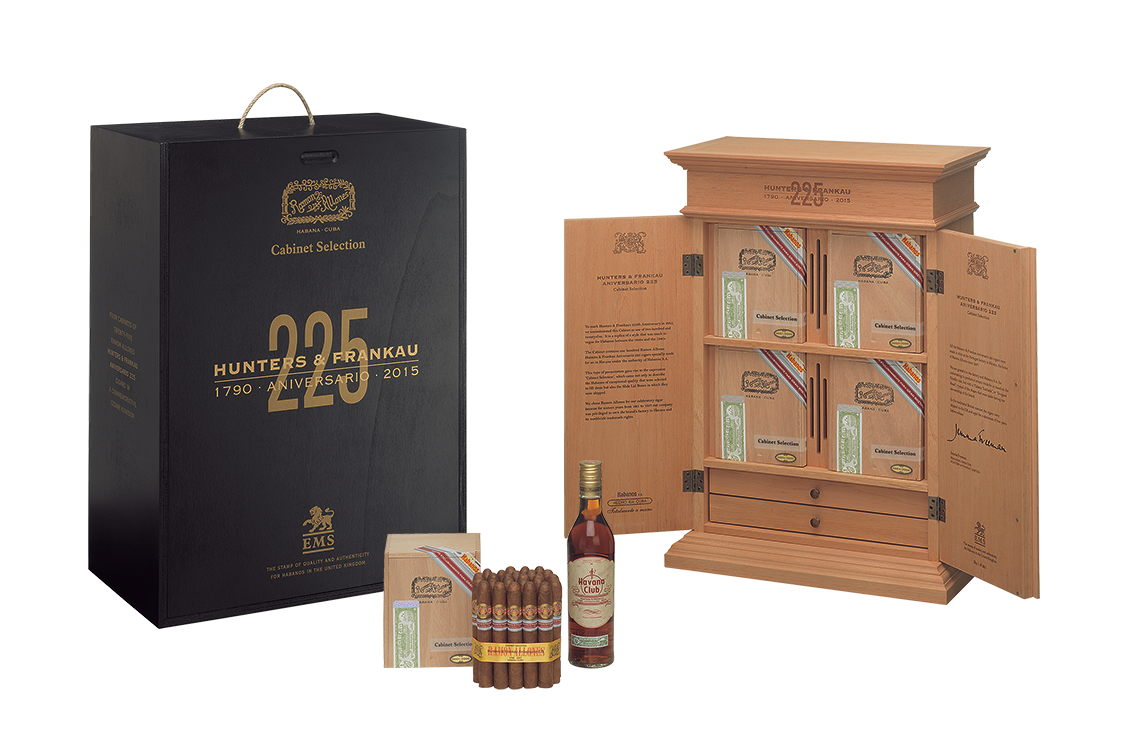 This year is a very big year for cigars here in the UK. Why we hear you ask!

Well, it’s Hunters & Frankau’s 225th Anniversary and to celebrate they have released a very special Havana cigar and a commemorative humidor.

We first heard about these cigars back in 2013 when we were speaking with Jimmy at Hunters and can remember thinking at the time “2015 is ages away” but here we are and we are super excited.

Just 50,000 Ramon Allones Aniversario 225 cigars have been produced in numbered SLB boxes of 25. Both the cigars and the humidor have been created to reflect the company’s long history in the Havana cigar trade. 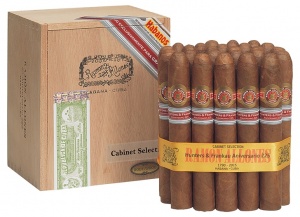 Hunters & Frankau Ramon Allones for their celebratory cigar because of its particular association with the Hunters side of our company.

In 1911 John Hunter, Morris & Elkan Ltd, as it was then known, bought the brand’s factory in Havana along with its worldwide trademark rights. They were privileged to own the brand for sixteen years until 1927 when we sold it to the Cuban owners of Partagas whilst retaining the rights to Ramon Allones in the United Kingdom.

The Vitola (or cigar) measures in at 5½”long with a 50 ring gauge and was made at the Partagas factory in Havana, the home of Ramon Allones since 1927.

Master blender Arnaldo Vichot at the Partagas factory, created the rich mixture of leaves for the cigars. Two different blends were submitted to a tasting panel in Havana back in November 2012 at which Jemma Freeman (Managing Director of Hunters & Frankau) was also present. Once the final blend was chosen, production of all 50,000 cigars took place between February and June 2013 and was undertaken by just three top grade torcedores.

In the traditional British manner, the cigars were then shipped to the UK and aged for a period of two years in their condition-controlled warehouse so that they would be fully matured before being released to the market.

The Commemorative Humidor & 225 Anniversary Rum by Havana Club
In days gone by it was customary to buy Havanas in cedar cabinets containing anything from 100 to 10,000 cigars, or more. They were much in vogue between the 1880s and the 1940s. This type of presentation gave rise to the expression “Cabinet Selection”, which came not only to describe the Habanos of exceptional quality that were selected to fill them but also the Slide Lid Boxes in which they were shipped. 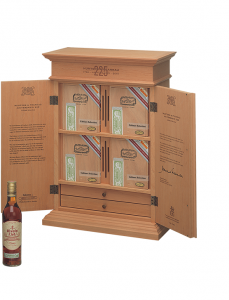 To commemorate our Anniversary, two hundred and twenty-five, numbered replicas of this style have been commissioned each containing four boxes (100 cigars) of the Ramon Allones Hunters & Frankau Aniversario 225.

The cabinet, every one of which is personally signed by Jemma Freeman, is equipped with two Xikar Crystal humidifiers and comes with one hundred commemorative cigar spills. The lid at the top lifts up to reveal a humidified compartment for dispensing single cigars topped with a ceramic plaque on which the Ramon Allones insignia is emblazoned.

Each humidor is delivered with a complimentary 50cl bottle of very special rum prepared by Havana Club’s master blender Asbel Morales to marry with the taste of the cigar.

Also called the Hunters & Frankau Aniversario 225, Havana Club have produced 500 numbered bottles of this precious spirit from selected vintage casks. None will be for sale, but if they were, the value would be some £300 per bottle. 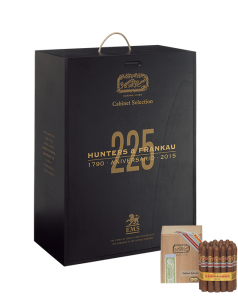 The final selection of the rum to match the cigar took place in November 2014 when Jemma Freeman travelled to Havana with some of the Aniversario 225 cigars that had already benefitted from some eighteen months of ageing in England. Commenting on the pairing Morales said, “I’m defending my rum’s notes and the cigar is defending its notes. They should not mirror each other, nor contrast too much. It’s like a perfectly balanced marriage.”

Pre orders are now being taken via Cgars.co.uk with the cigars and commemorative humidor costing £4,275 and a box of 25 cigars costing £569

They will be on sale 22nd June so get ready as these cigars will fly off the shelves.

Hunters & Frankau will be hosting their annual party on 19th June where the cigar will be featured. Tickets cost £175 and for more details on how to register for tickets please email Dawn Ireland at d.ireland@cigars.co.uk or telephone her on 020 7471 8409.

**Hunters & Frankau Summer Party Event Details Released**
Guests attending the evening will be not only be the first to smoke the new Hunters & Frankau Aniversario 225 cigar in the UK but they will also receive two additional cigars to take with them, or enjoy on the night.

This evening will also offer the first chance to see the 225th Anniversary Humidor in real life ahead of them going on sale.

This is where it gets interesting! Guests will also be able to try some Havana Club Aniversario 225, a rum that has been blended specifically for Hunters & Frankau by Havana Club’s Master Blender, Asbel Morales. What is special about this rare rum is that it will not be produced commercially and only available when you purchase the 225th Anniversary Humidor.

To tickle your fancy there will also be magnums of Pol Roger, vintage 2004, providing refreshment as well as five bespoke cocktails, specifically created to pair with this unique cigar.  These five cocktails have been developed in collaboration with some of the finest cocktail bars in the UK and use Hine Cognac, Dalmore Whisky, Havana Club Rum, Vestal Vodka and Botanist Gin.

Tickets are going like hot cakes so, make sure you email Dawn d.ireland@cigars.co.uk to get your tickets.