Social media can be a great place to find out news, so when I saw our friends at Rum Runners were hosting a cigar launch in London, I knew I needed to find out what it was about.

Plasencia Cigars have been making a name for themselves behind the scenes for 5 generations providing high quality leaf to a large selection of the cigar industry.

The Plasencia family wanted to break out and launch a cigar brand and despite previous attempts to create a brand, it never took off. However, in 2016 they released the Plasencia Alma Fuerte. Which means “strong soul”. 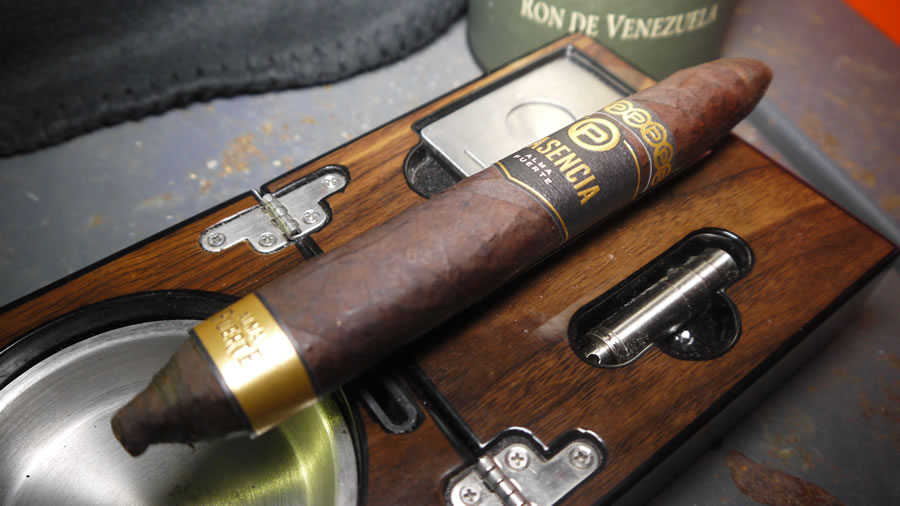 Made with aged tobacco taken from Plasencia’s library of vintage leaf. Alma Fuerte is a blend of Nicaraguan tobacco from four growing regions: Estelí, Condega, Jalapa and Ometepe. And like the Avengers, they all come together to make the Generacion V, a Salomon-style cigar complete with the curves to make Jennifer Lopez jealous. 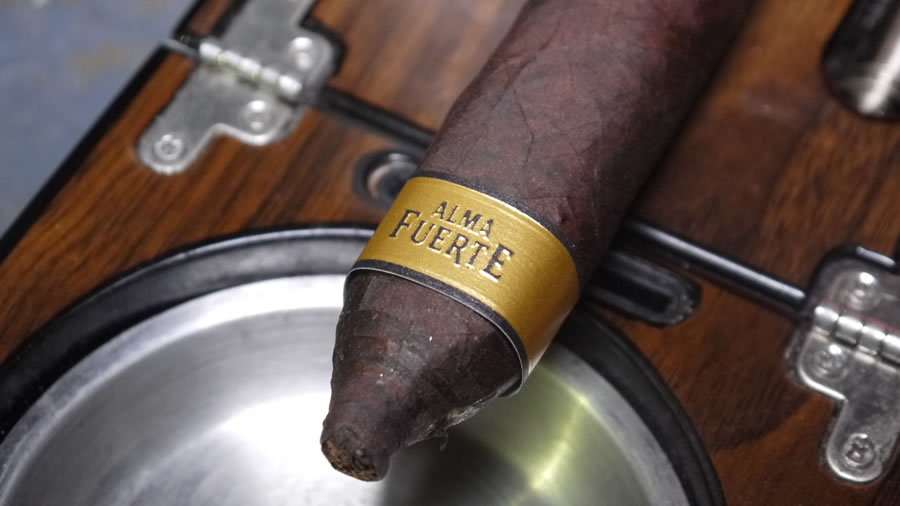 Going in, we were told the cigar is a full cigar and needed to be smoked after a good meal, so taking advantage of the mild autumn nights, I retreated to my sanctuary (the man shed) and lit up.

As a pairing to go along with this cigar, I opted for the Venezuelan rum Diplomatico Reserva Exclusiva. A firm favourite at Cut The Cap and pairs well with almost every cigar we have ever smoked. The rum is a dark golden rum, distilled from molasses in a copper pot still before it’s aged for up to 12 years. We find this rum is a sweet and rich rum on the pallet and offers lots of cocoa and dried fruits. 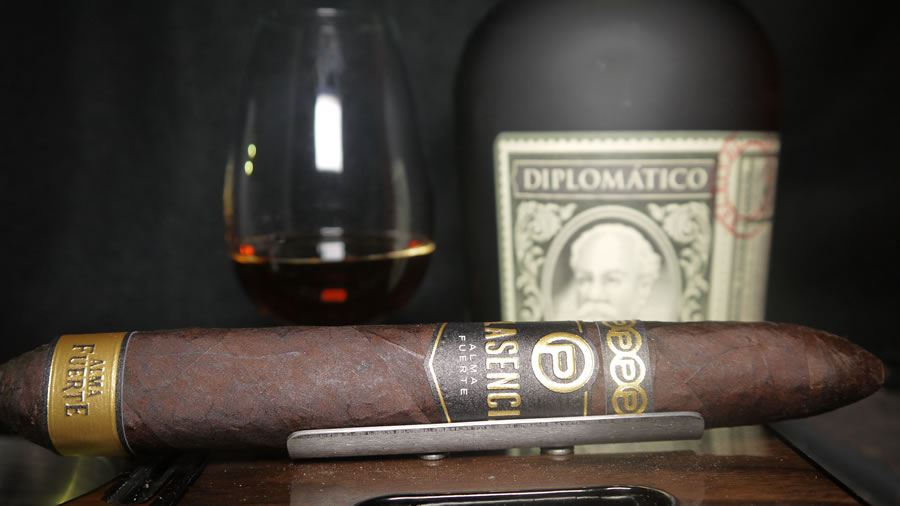 Back to the cigar and the Generacion V is an easy cigar on the eye. From the curves we mentioned to the smoothness of the wrapper, it’s clear this cigar has been crafted with care and is well constructed.

But getting straight into the cigar, on light up I was hit with a plethora of flavour from spice, pepper and leather which after around 5 minutes really mellowed as if to tell me ‘we mean business’. The cigar was still smooth with hints of dark chocolate which gave me hope that there was more to come from this cigar.

Getting into the first third, that pepper and spice had really subsided and what I was left with was a creamy cigar but still full of flavour with hints of liquorice and dark cocoa. 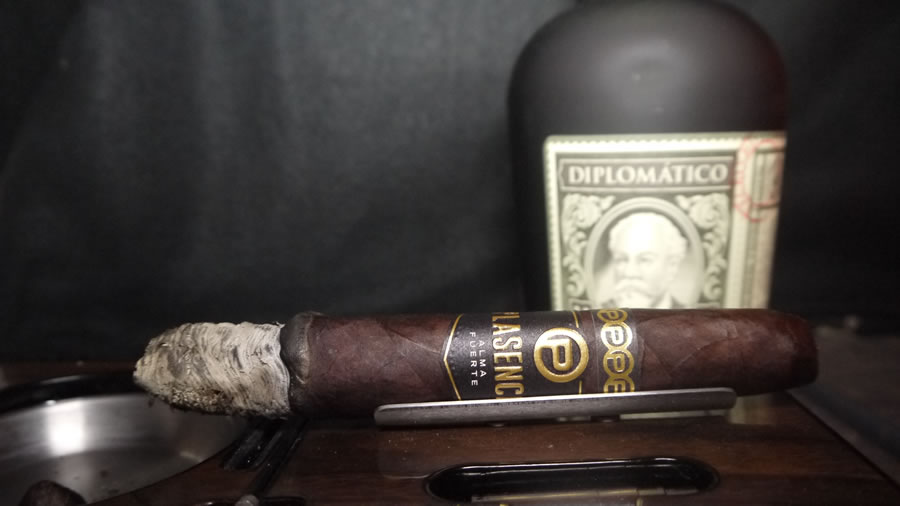 It was like the first 5 minutes and the first third were two totally different cigars and now I was left with a full flavoured creamy smoke.

Once I got down to the second third what I was experiencing was a creamy silky cigar with cocoa and leather notes coming through giving me a rich, full flavoured smoking experience. 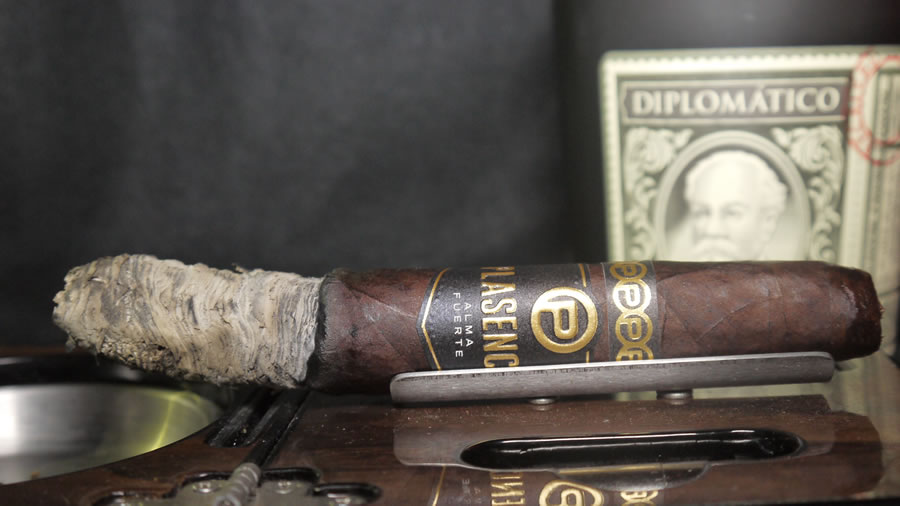 The chocolate notes of the rum paired well with the cocoa notes of the cigar delivering a full yet flavoursome experience.

Into the last third and I was getting pretty much the same as the 2nd third but those flavours were becoming more intense as I was closer to the end and the flavour was more concentrated. The cocoa notes were coming through with the leather and I was now getting more of those spice notes I had experienced early on. 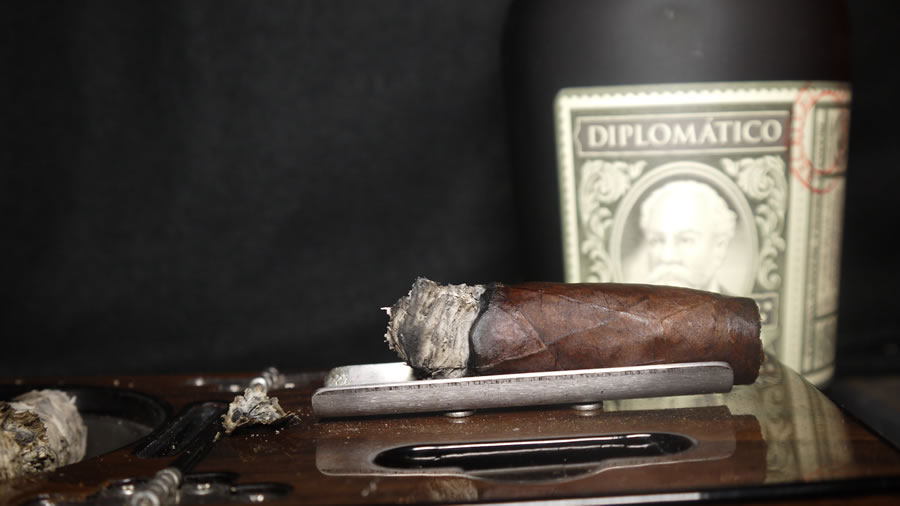 Overall, this was a great stick to smoke and if you have a spare 2-2.5 hours spare, I would definitely recommend investing. The box and labels of each cigar have been created with detail and this comes through in the smoke itself. Some cigars are designed to be a wolf in sheep clothing, but this cigar mean business and you can tell from looking at it that you are in for a good time. From the second you hold the cigar and run your finger across the wrapper, you can tell you are in for a good time.

I would definitely recommend this cigar after a big meal and paired with a glass of Red wine or a spirit of your choice. My advice is take your time with this smoke and enjoy every puff.

If the Plasencia Alma Fuerte Generacion V is anything to go by, I am looking forward to smoking the rest of the range.
It’s no wonder this cigar was voted number 9 in Cigar Aficionado’s top 25 cigars of the year.

You can pick up a Generacion V for around £25 if you can find them as stock levels are low.
Let us know if you have smoked one and what you thought.