Muse are on fire at the moment (literally according to the Telegraph)… and on this bank holiday weekend saw them dominate the Emirates better than their hosts had done for much of the season. 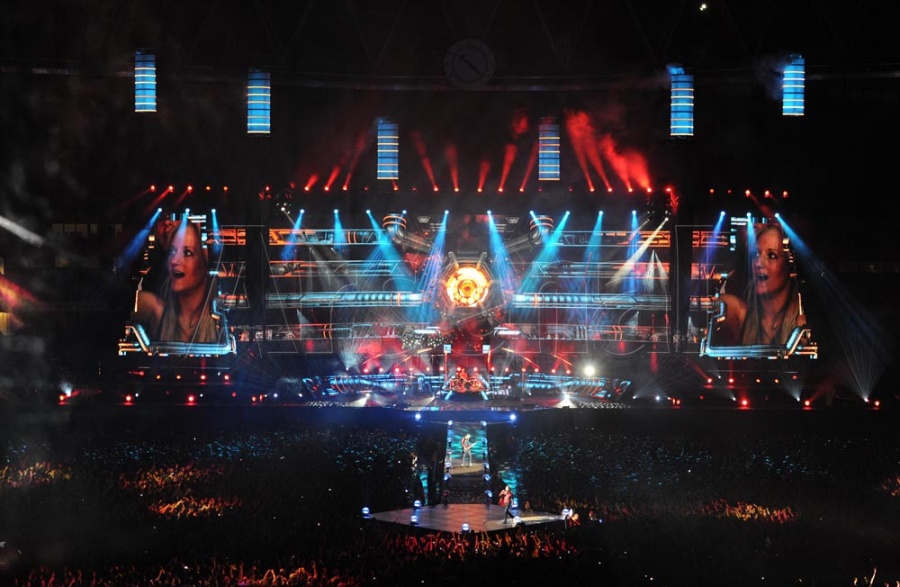 But it doesn’t end there… for you fans out there things are about to get even better. Paramount Pictures has teamed up the Grammy Award-winning British band to feature their music in the new film “WORLD WAR Z.” The tracks are from Muse’s latest album The 2nd Law. Following the film’s world premiere in London’s Leicester Square on Sunday, June 2, Muse will perform live from Horse Guards Parade Ground, St. James’s Park!

Keep breathing and read on, it gets better. Live Nation have 250 pairs of free tickets up for grabs! To be in with a chance to win all you need to do is register on www.facebook.com/LiveNationUK from lunchtime on Tuesday 28th May (closes 5pm Wednesday 29th May). You will then be sent a password to the registered email address that will enable you to access the special pre-sale that will go live at 9am on Thursday 30th May at 9am. Simply enter the code after this time and the first 250 people to do so will receive a pair of absolutely free tickets to the event.

Since forming in 1994, Muse has released six studio albums selling upwards of 15 million albums worldwide. The band earned its highest-ever debut on the Billboard Top 200 Albums chart when “The 2nd Law” bowed at No. 2 a week after its October 2 release. Madness, the first single from the album, was No. 1 on the Billboard Alternative Chart for 19 weeks, breaking the previous record set in 2007. The “2nd Law” and “Madness” received two Grammy Nominations this year. The group’s last album, The Resistance, reached No. 1 in 19 countries around the world, and they have won numerous awards including a Best Rock Album Grammy Award and an American Music Award for The Resistance.

World War Z revolves around an ex-United Nations investigator Gerry Lane (Brad Pitt), who traverses the world in a race against time to stop a pandemic that is toppling armies and governments and threatening to decimate humanity itself. Starring Brad Pitt, Mireille Enos and James Badge Dale.