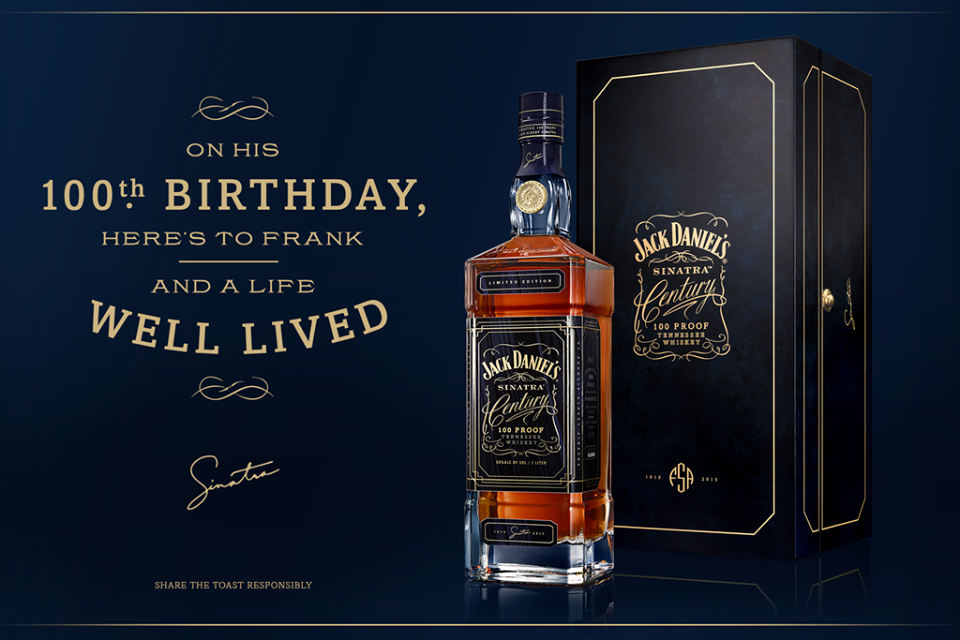 If there is one thing we are looking forward to this year (apart from Christmas) it’s celebrating the 100th birthday of Frank Sinatra on 12th December.

So to celebrate our friends at Jack Daniel’s is giving Ol’ Blue Eyes the ultimate salute with the release of a brand new, limited edition expression, Jack Daniel’s Sinatra Century.

Anyone who is a fan of Ol’ Blue Eyes will know that he drank nothing but Jack, so this new expression is being released to celebrate the legendary friendship of these two global icons. With only 100 barrels of Jack Daniel’s Sinatra Century being created, and captured in individually numbered bottles, each bottle will be as unique as the man it’s attributed to.

The 100 proof Tennessee Whiskey is matured in grooved oak barrels to create an amber liquid that’s bold in flavour with unprecedented smoothness and perfectly balanced hints of butterscotch, cinnamon and brown sugar. 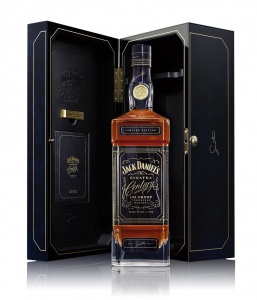 Jack Daniel’s Sinatra Century is housed in a tailor made, lacquered carry case that resembles one of the grand pianos Frank famously played upon. A previously unreleased recording of Frank performing live at the Sands sits alongside the bottle embedded in a stylish tie clip, as well as a specially created book filled with stories, cocktails recipes and songs. This is guaranteed to be a centerpiece of any bar.

“Sinatra Century is a fitting tribute to Dad and the perfect way to mark his centenary in December. Jack Daniel’s was Frank’s drink of choice, whether entertaining friends, or making new acquaintances. Therefore, it only seems right that we raise a toast of Sinatra Century to the musical legend as we celebrate what would have been his 100th birthday this year.” Said his daughter Nancy Sinatra.

So where can you get your mits on a bottle we hear you scream? Well if they haven’t sold out already (And they will) Jack Daniel’s Sinatra Century is available for a limited period in Selfridges and The Whisky Shop with an RRP of £450.

Jack Daniel’s Sinatra Select will also available from the same stockists, with an RRP of £150.  For more information, Get yourself over to www.jackdaniels.com. If you have a bottle or have tried it, let us know what you think of it.

Francis Albert Sinatra was one of the greatest musicians to ever live and his music lives on till this day. One of our favourite tracks of his has to be this (WARNING: Goose bumps may activate):

UPDATE: The Jack Daniel’s Sinatra Century Picture House is dedicated to the legend himself as we celebrate his centenary, in true Sinatra style.
Sinatra and Jack Daniel’s are bringing a touch of class to London to celebrate what would be Franks 100th birthday. To celebrate on Tuesday 24th November Jack Daniel’s will be holding a very special event at London Edition Hotel with music, cocktails and a special screening of Ocean’s 11. If you fancy attending you can still get tickets here.