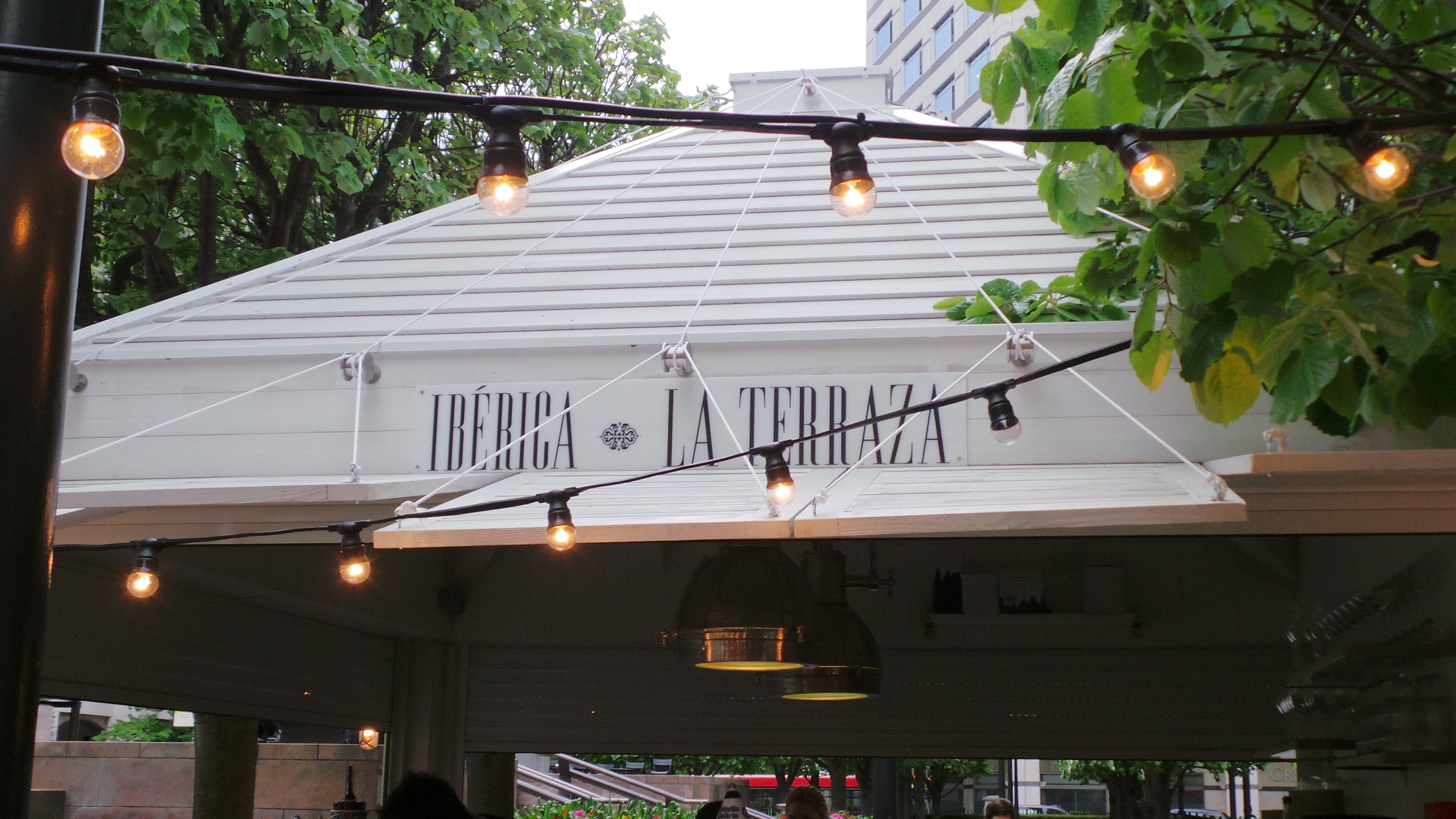 Here at Cut The Cap, our ideal weekend involves a trip to Ibérica where the sun is always brighter, the rum is always smoother, and the cigars are always plentiful from the Caribbean nation it gave birth to, Cuba. An hour and a half could see you in the Midlands, or Madrid. We prefer the latter soaking up the good weather with a spread of assorted tapas, a good drink, and a Cohiba Siglo VI which would set you back less than a £20.

Ibérica La Terraza brings some of that joy to us here in London. The new terrace restaurant located on Cabot Square (actually in the square taking up one corner) in Canary Wharf is the third venture here in the capital by Ibérica with another actually opposite La Terraza in the old Hackett store and the other in Marylebone.

Ibérica La Terraza differentiates itself from the other Ibérica’s by styling itself on Madrid’s popular terrace restaurants out in the open air. When the weather is good in London, the fact of the matter is we are dreadfully low on al fresco dining options. So how does La Terraza fair in the city? Let’s find out.
One of the things that captured our attention most about Ibérica La Terraza was the decor. A very understated Mediterranean feel overwhelms you the moment you step foot through the gates. You no longer feel as though you’re in one of the great business centres of the world. A strong holiday sensation as if you’re somewhere in the south of Spain takes over all your senses. The white huts cooking meals and preparing drinks remind us of dining in one of Marbella’s popular beach clubs. Even the floor is covered in a light gravel that’s brighter than we’re used to here in London and the white benches along the edges with Spanish cushions all add to that summer feeling. It’s no wonder that the design is so immaculately Spanish as Ibérica commissioned contemporary Catalan designer Lázaro Rosa Violán of Contemporain Studios from Barcelona, designer of some of the finest interiors in Spain.

The food served at La Terraza is a dream come true for any foodie. The menu has been put together by Ibérica Executive Chef Nacho Manzano, who was awarded two Michelin stars for his restaurant in Asturias, Northern Spain. Looking at the food prepared, it’s no wonder Chef Nacho was awarded two Michelin stars. The presentation of the food is immaculate. But it’s just the start. We were treated to Chef Nacho’s selection of freshly prepared pintxo’s. Pintxo’s are spanish ‘snacks’ typically served in bars, especially in the north Basque country where they are a part of the local culture. Recalling some of the pintxo’s served, a three spanish cheese tapa served on top of a soft homemade spanish bread was a great accompaniment to the light red wine. There was also a beautiful interpretation of the classic russian salad again served on the same spanish bread, with crumbled pieces of boiled egg which added a nice texture to the smooth creaminess. Churrasco served on little forks were well done, with a distinct charcoal flavour to them which we loved. It’s the reason we prefer charcoal barbeques in our own homes here at Cut The Cap. Then, there’s the jamon (ham). I’ve saved the best to last. Even in Catalonia, even in the villages in the Costa del Sol, and even in the finest restaurants of Madrid I have not tried a finer jamon. Specially brought from Spain, the Jamon Ibéric0 by Juan Pedro Domeq in the Andalusian town of Jabugo shows that Ibérica have gone to great lengths to make sure that only the finest ingredients are used. The jamon is intensely rich in flavour and slightly salty which was a real treat with the cava sangria served. We won’t go in to too much detail about this but it would be a great shame if you didn’t go and sample some of the food available. It’s certainly worth doing so and it is not very often that you get to try the works of a great chef for a more than reasonable price. Did we mention the price? Pintxos range from just £2 t0 £3 and meals and a selection of cured meats ring in at a palatable £12. We know of more than a handful of ‘Spanish’ restaurants ready to charge more for far inferior foods.

The drinks menu is just as impressive as the food. Our favourite was the cava sangria, served in beautiful glass jars with fresh fruit pieces. The drink was delightfully refreshing, and the cava flavour is more of an undertone to the fruity sangria which would make it the best drink we could think of to accompany a warm day in the sun enjoying authentic spanish food. There’s also a great selection of wines served by the glass, the bottle, or even the traditional Spanish porron. The porron was a great first experience. A wine pitcher with a spout that starts of wide and ends with a very small opening at the tip is designed to allow drinkers the opportunity to share a drink with their company without ever having to touch their lips to the porron itself. It’s a great concept and one we’re looking forward to trying again. Definitely a great party piece and clearly another great reason to visit Ibérica La Terraza.

Overall, it’s clear that Ibérica La Terraza is an interesting proposition for Londoners looking for something different, great food, new concepts, great value, and somewhere to escape the city. It is a little slice of mediterranean heaven within the capital and we’d certainly recommend a visit.