While we are complaining about the snow and beast  from the East, there are some lucky people who are currently in Havana Cuba for the 2018 Habanos Festival.

A yearly get together of cigar aficionados where new cigars are announced, it truly is the most important week in a cigar smokers calender.

As well as the news of new cigar launches, we have also heard that Cuban rum producer Havana Club have released their latest Tributo 2018.

Tributo 2018 is the third expression in a series of annual releases that pay tribute to the different elements of the Cuban rum production process. 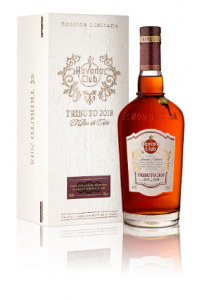 The 2018 edition has been crafted from blended rums drawn from 60-year-old casks and part-finished in barrels that had previously held smoky malts.

The result is a rum with a “subtle yet distinctive smoky note” due to the combination of casks.

Havana Club Tributo 2018 is presented in a wooden box, crafted from white wood to reinforce the role of the oak in this year’s rum.

However, if you are after a bottle you will need to act fast as production is limited to an allocation of 2,500 bottles globally.

Asbel Morales, Havana Club’s maestro del Ron Cubano, said: “The Tributo 2018 edition is a testament to the craftsmanship at Havana Club distillery, and we celebrate the expertise and passion of everyone who carefully monitored every stage of the distillation, maturation and blending process.”

“This rare rum finished in smoky whisky casks is a manifestation of our proud Cuban heritage interpreted for modern rum drinkers,” said Morales. “We proudly present Havana Club Tributo 2018, a true Cuban rum with a unique taste that pays homage to the influence of the cask in the different varieties and styles of Cuban rum.”

If we manage to get our hands on some, we’ll be sure to share our thoughts.