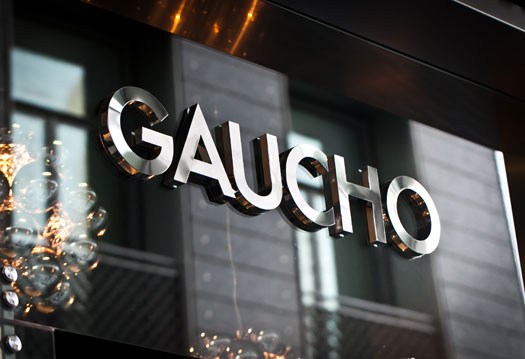 Not the words of a Scot or a German but of an Englishman, after spending the evening at Gaucho Smithfield who hosted a Euro 2016 showing last night – complete with all the expected Gaucho trimmings.

Whilst the result didn’t work out for England, the clientele left happy after a great setup by Sebastian Shaw, featuring a 3-course-meal, live punditry from Adrien Clarke of talksport, and the game live on high-quality big screens.

On arrival – fans were buzzing – settling down to ice cold German lager and pondering the result of the evening’s game. The layout in Smithfield meant anyone could spot a TV from all angles, and the booths opened up more conversation than a traditional restaurant layout.

Whilst catching the end of Italy’s big win over Spain, the attendees were treated to a classic steak menu and some paired red wines, ensuring no one was left hungry before the coverage began. 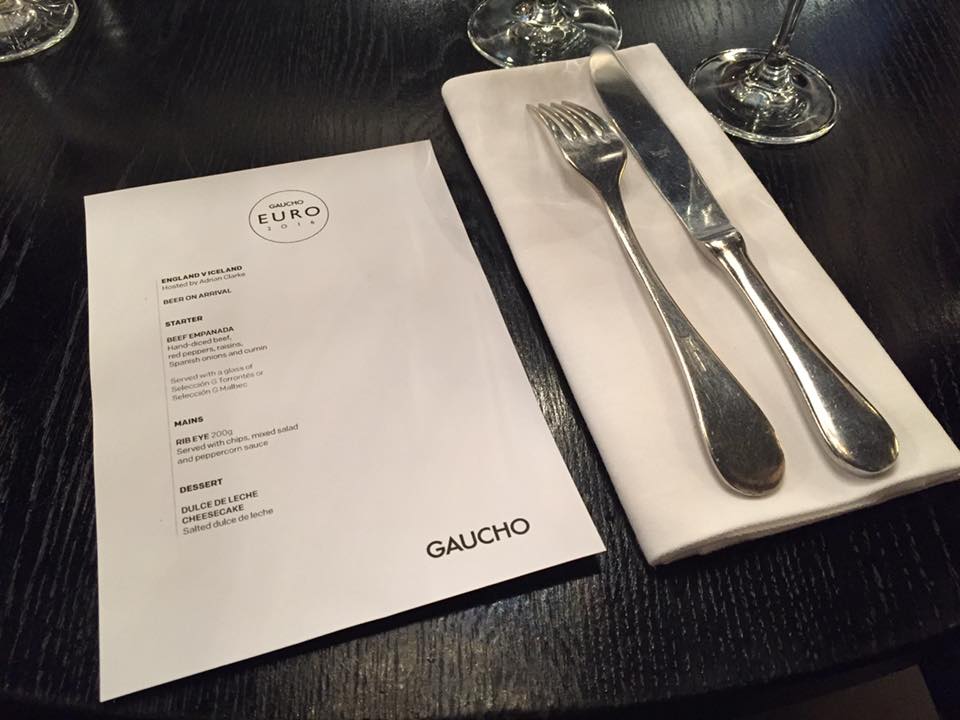 Adrien Clarke opened up thoughts from the floor – and diner jumped in with their opinions, gripes and predictions for the game – what felt great about this Live Sport offering from Gaucho was a sense of togetherness and a social side to sport which you don’t get on the sofa or in the pub.

Despite the result all involved enjoyed the experience – and this opens the doors to further live events  – such as Wimbeldon.

As London prepares for Wimbledon fever to once again sweep the sunny streets of the capital, four Gaucho locations will be preparing to put on an array of tantalising treats and entertainment from 27th June – 10th July.

From the classic Wimbledon terrace in Gaucho Hampstead, to the lively and buzzing Gaucho Broadgate terrace and even the haven for hayfever sufferers at the indoor screening space at Gaucho City, to the luxe and exclusive private hire of Gaucho Piccadilly’s roof terrace, Argentine steak restaurant Gaucho has a space for everyone to watch and enjoy the tennis tournament of the year.

Whilst tennis is a Great British favourite, Gaucho has also recognised our love for a summery cocktail and decadent dessert, and are set to bring all our favourite things together as they serve up a specially crafted Wimbledon themed cocktail and dessert menu to run for three weeks only.

From the indulgent Strawberry and Malbec Mess cocktail, combining fresh strawberries, Grey Goose vodka, a Malbec reduction, shaken with mascarpone and finished with crumbled meringue, to the refreshing Le Grand Fizz cocktail, combining Grey Goose vodka, St Germaine elderflower liqueur, topped with soda, Gaucho’s Wimbledon cocktail offering is a perfect match for the Wimbledon inspired desserts. Whether it be the Strawberry Profiteroles or the traditional Strawberry Mess, with a twist of fresh basil, there will be something for everyone to love this Wimbledon season. View the menu HERE 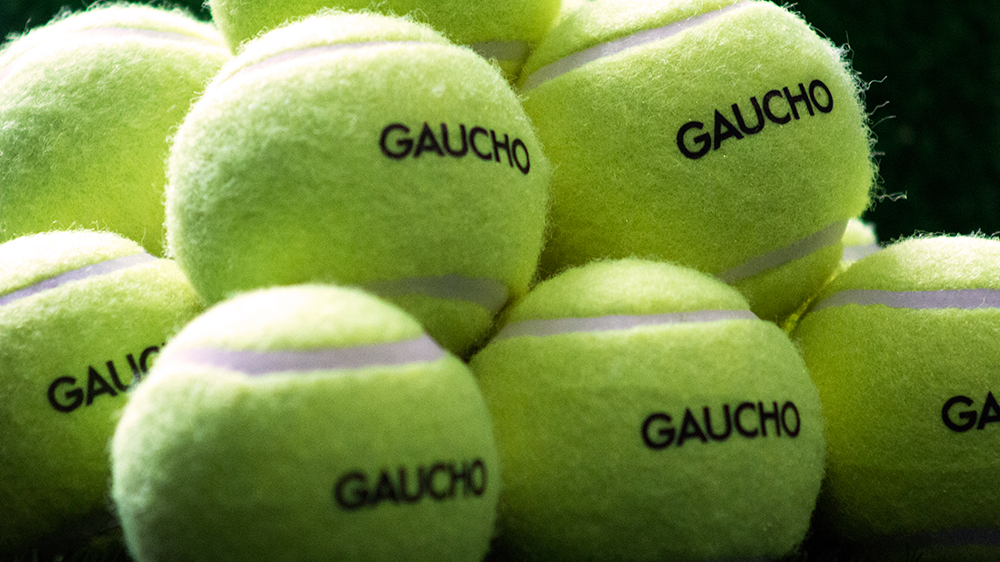