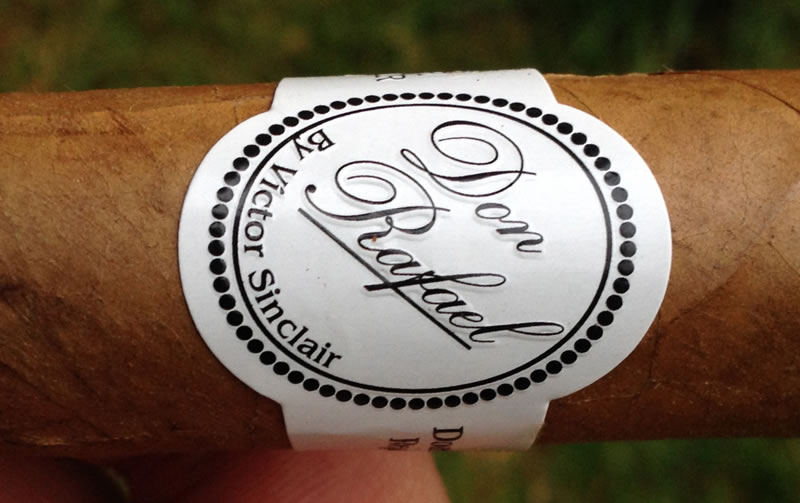 Earlier this week saw us reaching into the humidor for something a little different to the usual Cuban cigars we are always smoking, and opting for a Dominican cigar that had been quietly nesting in the humidor for over a year.

The cigar in question is a Don Rafael Victor Sinclair Toro. 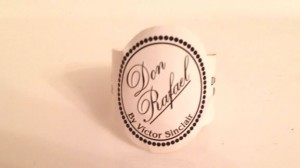 We picked this cigar up last summer while in Las Vegas as it was part of a sampler pack that never got round to being smoked so with it being a Monday, and feeling adventurous, we decided to live on the edge and give it a go.

The cigar was well constructed and packed in well which was a change from some of the other cigars we encountered in the sampler pack.

Retailing at around $3 a stick we went in with low expectations, and opted to have the cigar with nothing more than a glass of water (shock horror we know) 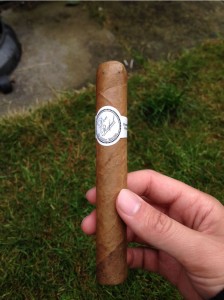 The Don Rafeal isn’t widely available here in the UK but is available to buy on US soil via the internet retailing at around $60 for a box of 20.

The pre draw was very earthy and didn’t really give off any notes. At this point part of us had written off the cigar but with a little bit of positive thinking and low expectations we decided to press on.

First third
Upon lighting up the Don Rafael we found the initial burn and draw was surprisingly smooth. Having tired various other cheaper end cigars our expectations were that it would be harsh, flavourless and feel like a smack in the face.

What we did get was a light cigar with a hint of earthy and cedar note,s burning well and smoking better than some more expensive Dominicans we had encountered. 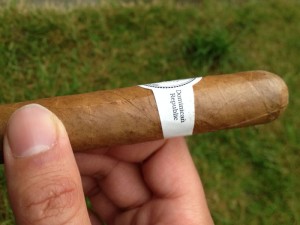 Second third
Once we had had got into the 2nd third our expectations were that the cigar would pretty much be like the 1st third throughout however it seemed the cigar woke up and came alive.

Still a very light to medium smoke the cigar still offered those woodsy, earthy notes however there was a nutty flavour on the palate coming through (good job were not allergic to nuts)

The cigar seemed to have opened up and turned into a more enjoyable cigar.

Third third
Moving into the last third, the cigar pretty much offered the same as before however there was a subtle hint of vanilla coming through mixed with all those earthy notes from before. 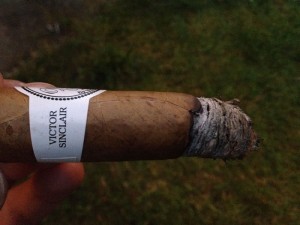 Overall
The Don Rafael Victor Sinclair was a pleasant surprise for us even though we went in with low expectations.

In the cigar world and especially here in the UK when you see a cigar priced at $3 your initial reaction is “this is going to be crap” however the Toro offered a pleasant smoke and ideal for those not looking for anything too intrusive. Perhaps a breakfast smoke or a smoke for someone who is a novice.

The best way to describe the cigar is like the film Pompeii – on paper it looks like its going to be rubbish and compared with its competition it will no doubt lose, however as a stand alone cigar smoked on a Monday night, it holds its own. 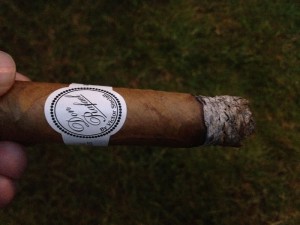 We wouldn’t recommend going out of your way to snap up boxes but they are great to have in the humidor for those Monday nights…. Or while watching Pompeii

Perhaps try with a Solera rum for a easy going night. As its Dominican why not try it with Atlantico Rum