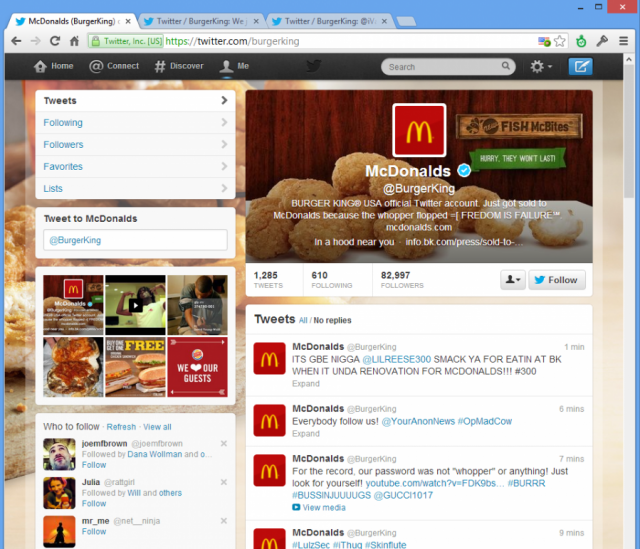 So much hacking activity has happened lately that we’re surprised this hasn’t happened before. An unconfirmed hacker/hacker group has gained access to the twitter account of international burger restaurant chain Burger King.

The reasons as to why anybody would want to pull off such a prank remain unclear but the hackers had changed the branding to that of rival restaurant chain McDonalds and had falsely informed followers that the chain had been sold to McDonalds. Anybody seen Ronald McDonald around recently? We’re not here to point fingers but if the shoe fits… 🙂

The hacked account mentions @DFNCTSC on a few occasions which we assume is the same DFNCTSC (Defonic Team Screen Name Club) which hacked in to Paris Hilton’s mobile phone 2005. However, the hacked account denied involvement by the DFNCTSC and threw in the hacker group name LulzSec.

You can find some of the images from the hack below: 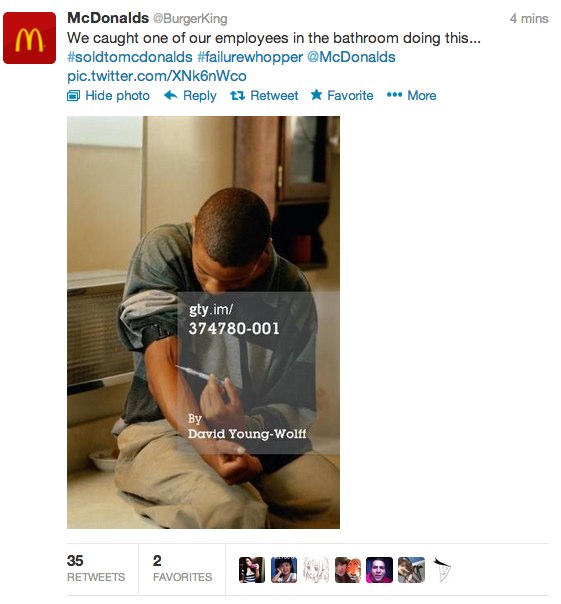 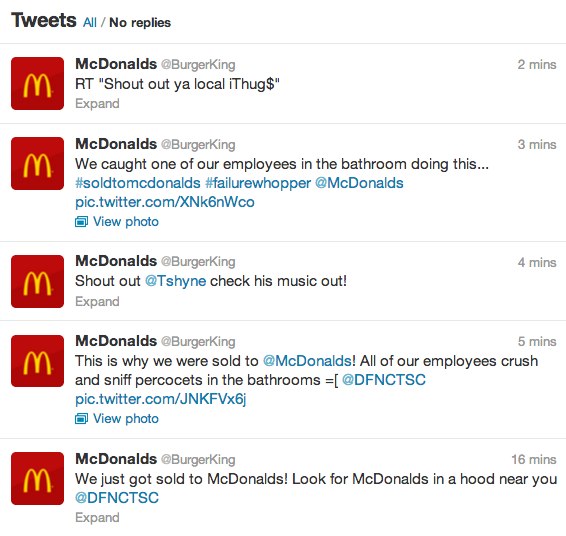