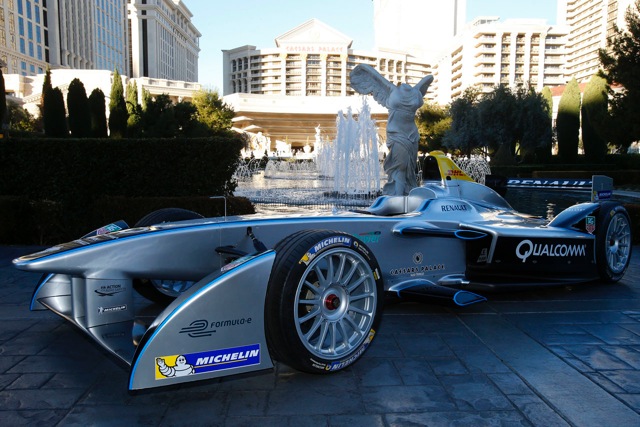 The streets were silent as a Formula E’s new fully electric car whizzed down Las Vegas strip around the Mandalay Bay Resort and Casino. The Spark Renault SRT_01E is capable of speeds topping over 150mph and is near silent. Driven by former Formula one driver Lucas di Grassi around the streets of Las Vegas allowing people to get a glimpse into this new racing series, which is set to start in September 2014.

Formula E is a new FIA championship that will compete in 10 city circuits around the world including Miami and Los Angeles, which will take place in 2015. There are 10 teams with two drivers per team, which is very similar to that of its big brother F1. Formula E promises to appeal to a new generation of fans helping push the electric car market and promote sustainable driving. 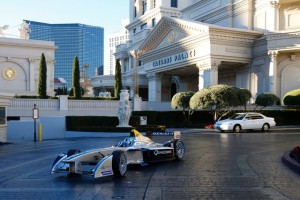 The Spark Renault SRT_01E, was designed by Spark Racing Technology based in France in collaboration with Dallara which made the chassis, Williams that designed the batteries, McLaren providing the powertrain and electronics, Renault with the overall integration of the systems and last but not least Michelin providing the tyres. 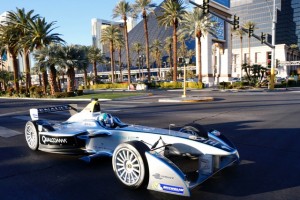 Why did the Spark Renault take to the streets of Las Vegas?

Spark Racing Technology together with Qualcomm Inc., one of Formula E’s founding partners put on the show in conjunction with the International CES, which is a global consumer electronics and technology tradeshow being held between 7th January and 10th January.

Alejandro Agag CEO of Formula E Holdings stated, “Since the FIA launched Formula E just over a year ago, the progress and interest in the series has been overwhelming. When we started we had no cities, no teams, no broadcasters and no car. Now we have all these things so to be able to showcase our new car to everyone involved, and of course the fans, is a very proud moment.”

Luca di Grassi drove along the famous Las Vegas Strip under police escort where he finished his drive at the world-renowned Caesar’s Palace Hotel and Casino. 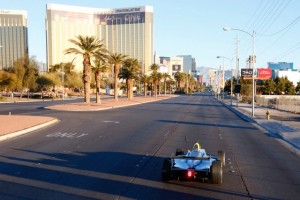