COYA Mayfair, the modern Latin American restaurant have partnered with Bacardi’s Facundo Rum to introduce an exotic new drinks menu, celebrating the relaunch of their new terrace and the stunning gardens of Ecuador.

The Facundo rum range was launched in 2013 as a collection of rums from the family’s private reserve, offering something extra special for the rum drinker.

The menu is comprised of a selection of cocktails that have been created with the rich fauna of Ecuador in mind. 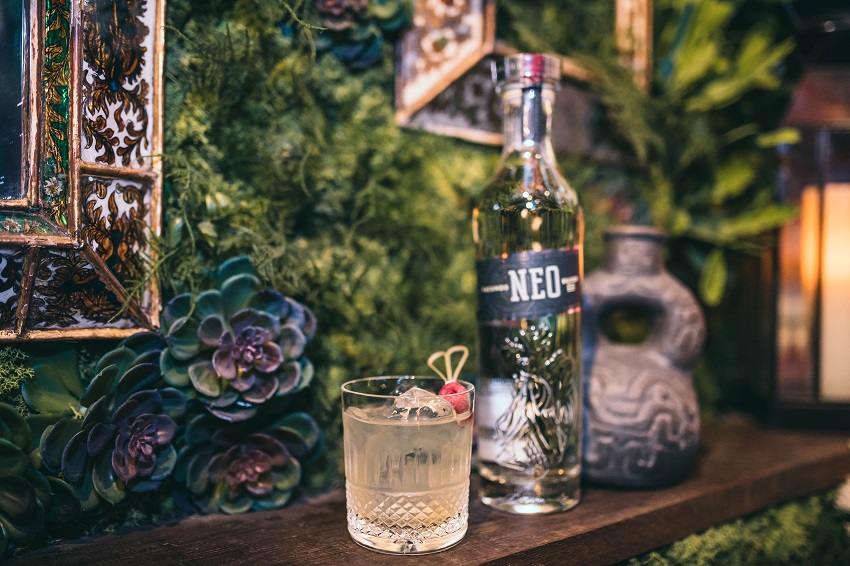 The flavours centre around the nature of an Ecuadorian garden in which you can discover an array of tropical birds. Each drink is named after a bird and the menu details a fact that makes the bird and the cocktail unique.

As part of the experience, guests are offered a biology lesson at the same time in the menu. The presentation of the drinks is kept simple in order to focus on the ingredients, flavour and concept which is complimented by the foliage on the COYA terrace.

We were lucky enough to spend an evening at COYA where we met John and the team who were kind enough to take us through a tasting of each of the cocktails on offer.

The first cocktail on offer was the Toco Toucan but first we tried the Facundo Neo rum neat to get a sense of the rum that has been used. The rum is a blend of rums aged upto 8 years. Although it is a white rum, in a blind taste test you would think you were sipping an older aged rum, proving that you should never judge a rum on the colour of the spirit.

The Toco Toucan is made with the tropics in mind and contains Facundo Neo rum, sweet pineapple, bitters, citrus, spicy pepper, vanilla, tea, milk and zingy ginger, encompassing a light and bitter long drink.
We found this to be a very refreshing cocktail which evoked the feeling of summer whilst also acting as a palate cleanser for what was coming up ahead. We recommend this cocktail as a drink to start the evening or to pair alongside ceviche.

Moving straight along we were treated to a sample of the Facundo Eximo which is a blend of rums aged upto 10 years, so jumping straight past the Bacardi 8 which is a favourite of ours.

The cocktail using this rum was a Capuchinibird: A savoury mix of Facundo Eximo, milky coconut, tonka and a special exotic sauce.

The creamy coconut flavours really came through for me boasting a great flavour profile, offering a nod to the classic Pina Colada but with a much more modern twist.

The team then arranged some snacks to allow us to take a break and recalibrate on what we had sampled so far. We were treated to some of the dishes available at Coya which were out of this world. From seasoned chicken skewers to ceviche you could really taste the Latin influences in all the dishes.

However, we had a job to do and get through the cocktail range we shall.

3rd up was the Facundo Exquisito which is a blend aged from 7 to 23 years, which is then finished in sherry casks for a month, offering a smooth finish to an already deep aged rum.

This rum was used in the Scarlet-Banded Barbet: A herbal concoction containing Facundo Exquisito, Chartreuse, zesty lime, a cola reduction and finished with sesame.

What I can say about this was the cola reduction offered all the sweetness of cola without the overload of sugar you would expect from having a cola based rum drink. The lime broke up the sweetness to offer a well-balanced serve that allowed the rum to shine but also ensure the flavours worked together. I was overloaded with the sesame smell which offered more depth to the cocktail. This was a drink I couldn’t get enough of and found myself sniffing the glass every 20 seconds before taking a sip. 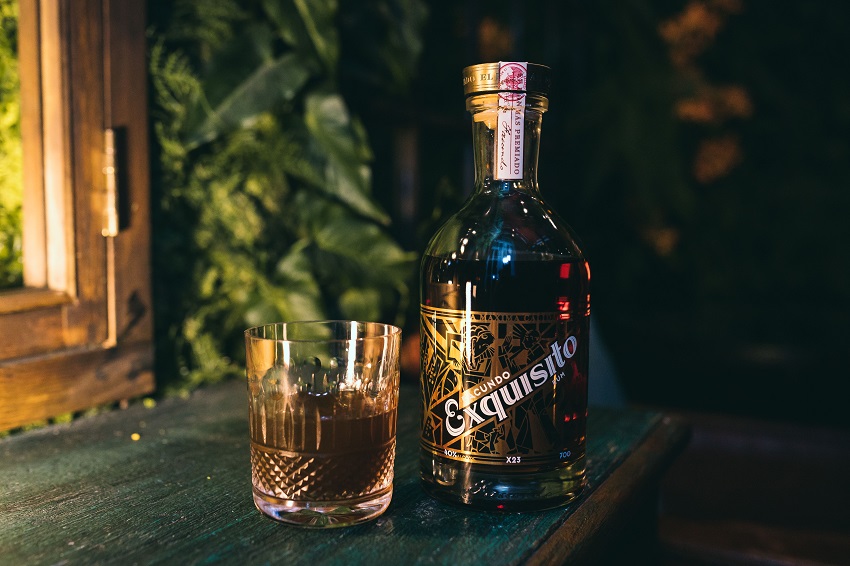 The evening was going so well and we were so privileged to be spending the evening with such talented people who have created and serve these drinks, we thought it couldn’t be topped…. we were wrong!

For the fourth and final cocktail – the piece de resistance, we were invited to join them on the members terrace where they had set up some cigars for us to pair alongside the Waived Albatross. At this point we were lost for words. We felt privileged to be able to be on this secret garden terrace in the middle of Mayfair which gave us the feeling of a tropical forest.

We were introduced to Georgios, the head sommelier at Coya, who kindly lit our cigars for us as we chatted about the cigar business.

The 4th and final drink was the the Waved Albartross. A delicious dark, aged rum drink with Facundo Paraiso, sugar cane and chocolate bitters.

What looks similar to an old fashioned, this was the more successful older cousin with subtle chocolate hints working well with the rum to balance the sweetness.

The Paraiso is finished in French XO casks with some more than 60 years old, offering a deep experience for your tastebuds however so smooth, it’s easy to see why this rum carries the worthy price tag.

The terrace at COYA Mayfair is open to members only and as a member they hold events and tastings as benefits, including cigar tastings.

The Facundo collection menu is only available in the Member’s Club & Terrace area, so you need to get yourself a membership to be able to try them.