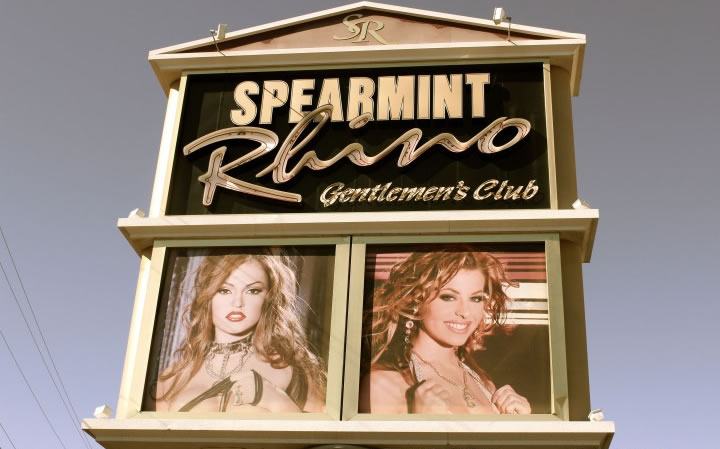 We all love a good cocktail and when in Las Vegas we pretty much live on them, so imagine our delight when we heard that Erik Mora, bartender at gentlemen’s club Spearmint Rhino was awarded the Guinness world record for the most cocktails prepared in one hour.

God knows how he managed to concentrate but Mora poured 1,559 drinks in 60 minutes, shattering the previous record of 1,003 cocktails set by a New York bartender in 2011.

To qualify for the record, Mora had to pour drinks with no fewer than three ingredients and at least one alcohol — and no cocktail could be repeated. We thought making 2 cocktails was bad enough!

Guinness adjudicator Philip Robertson deemed Mora’s attempt worthy, announcing the final tally of 1,559 at the end of the tense hour and awarding the bartender with an official title and a certificate. (he must have had a dance while he was in there)

The 31-year-old Mora, who has worked as a bartender at Spearmint Rhino for the past decade, says his feat has been several years — and thousands of drinks — in the making. 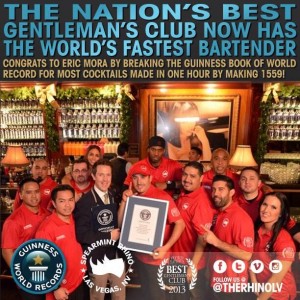 “I thought about breaking it two years ago and then applied this past January for the Guinness World Record, and now all my hard work has paid off,” he said. “I feel like I am the world’s fastest bartender.”

The event, which was sponsored by Svedka Vodka, was adjudicated by Philip Robertson of Guinness World Records.

So if you need another reason to go to Spearmint Rhino when in Las Vegas…..you now have one.