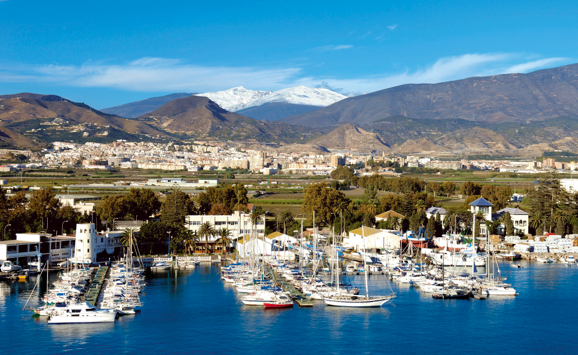 If you love rum like us here’s an interesting one for the diary, the purveyors of premium rum, Ron Montero are having a little festival… its in celebration of rum culture and will include interactive tours, mixology classes, live music, parties and more!

There the guys who’s distillery is located at the epicentre of the Tropical coast of Andalalucia (Motril, Granada) where the lineage of rum made from sugar cane dates back to medieval times (10th Century)!

The inaugural Ron Montero Festival launches this summer taking over the picturesque city of Motril, Spain. Spearheaded by the areas biggest rum providers, Ron Montero, the boldest festival of its kind will capture all elements of rum culture and region’s vast history.
The three-day programme includes art, music and literature brought to life via live performances, food and drink that will tantalise revellers’ senses with an interactive tour of bars, restaurants and clubs.
Finally the long and vibrant history of the region will be relieved with educational tours of the city and Spanish countryside.

As mentioned before Ron Montero Festival takes place over the 6th, 7th and 8th June. For more information and the full programme of events you can head over to the Ron Montero website – http://www.ronmontero.com/.

And now for a little detail…

The festival being launched by Ron Montero, Europe’s last remaining rum distillery is taking place in the Andalusian city of Motril, and is shaping up to be one of the ultimate experience for rum lovers.

Ron Montero has carefully curated a series of interactive Food and Cocktail Trails for festival-goers to explore the local cuisine. Using the official app (yep they have one foot in the 21st century!), rum lovers will be able to win points on a virtual passport as they embark on Tapas, Night or Sweet routes through the city and stop off at local foodie hotspots as well as amateur mixology workshops. The more points amassed the more chance of winning prizes which is never a bad thing!

Celebrating every aspect of the spirit, the Ron Montero festival will provide revellers with performances by The Monderos who tell tales of the rum harvests, live music around the city, an exhibition of giant 50th anniversary Ron Montero bottles, painting contests and cinema screenings as well as rum-inspired poetry and literature.

The sub-tropical climate has for centuries provided the perfect conditions for growing sugar cane and the festival will offer guests a voyage of discovery as Motril opens the doors to its rich rum lineage. Aficionados will see the rum-making process first hand and even taste the sugarcane as they are taken on guided tours that roam through the Pre-Industrial Sugar Cane Museum, La Zafra sugarcane farm, Motril History Museum, the Interpretation Centre of Sugar Cane and of course the famous Ron Montero Distillery.

And just so you know a little history too…

The Ron Montero Festival was launched by Ron Montero, a legendary authority on premium rum who last year celebrated their 50th anniversary and entered the UK market through Amathus Drinks. The distillery was founded in 1963 by Francisco Montero and as the only European rum distillery open to the public, Ron Montero is dedicated to educating and celebrating the rich rum heritage of the Tropical Coast of Granada and supporting tourism in the region.

Rememeber, tickets start at €10 and are available at www.ticketea.com/festivalronmonterodemotril.

The menus from the Food and Cocktail Trail are €25 and the Tapas are €9. A variety of accommodation is available throughout the city for various budgets. A standard room at the Hotel Salobreña for example is €48 per night. Oh and to purchase Ron Montero rum please visit the Amathus website.