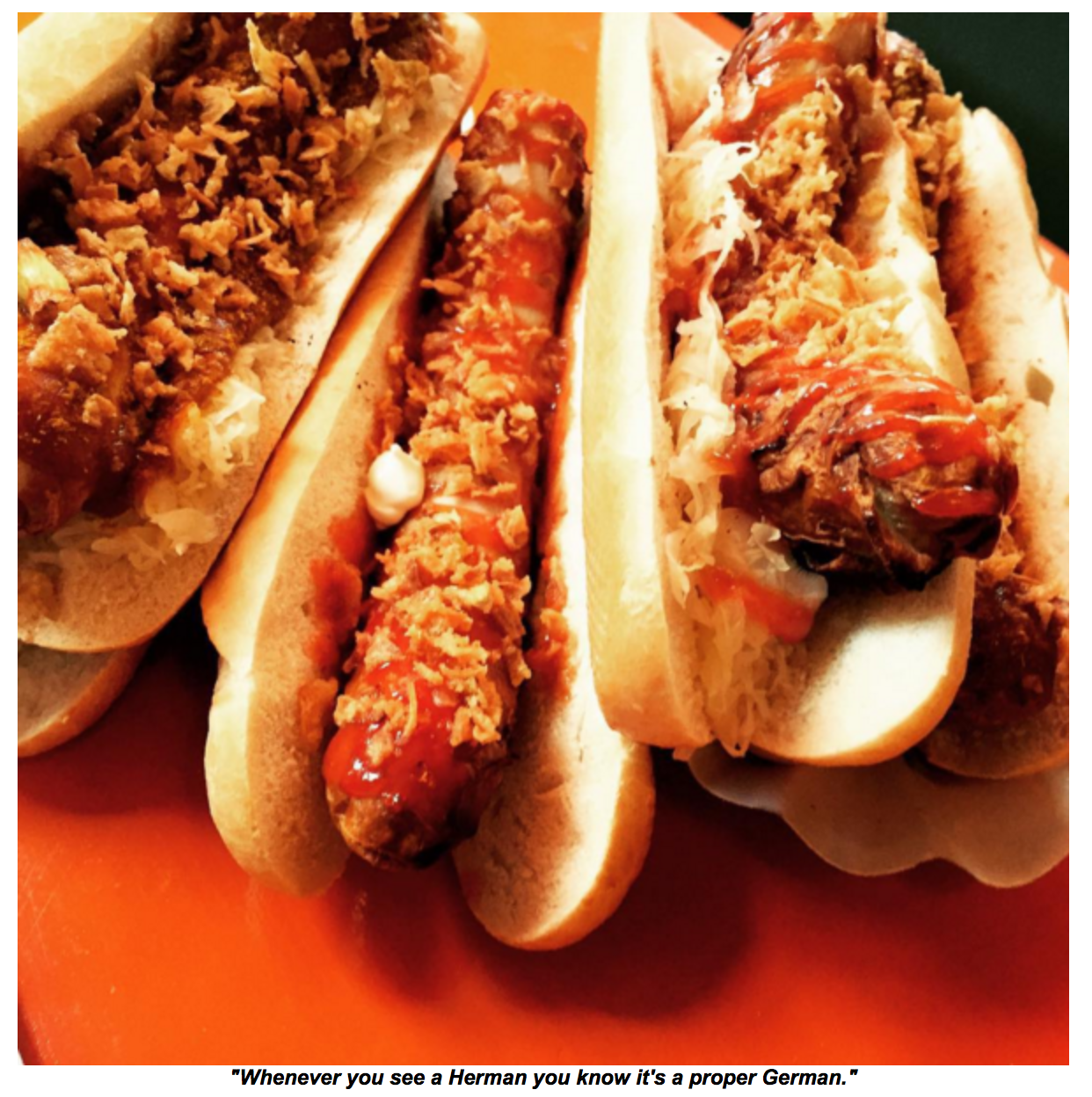 London’s finest German sausage shop, Herman Ze German, has just unveiled its tasty festive menu making it ze perfect spot to celebrate and get merry this party season! The specially created menu will consist of Herman’s favourite sausages and burgers paired with some of the top brews chosen by Herman creating the mouth-watering Christmas Pairing Menu.

Round one features the Über Ding paired with dark and wheaty Hacker-Pschorr Dunkel bier, round two is the smoked wurst and cheer, Käsekrainer paired with the Rothaus Tannenzäpfle Lager, round three features the Pulled Pork Burger with delicious Andechs Bier and round four features Herman’s flagship dish Currywurst & Pommes paired with firm favourite Herman’s Market Brew Lager. The festive finale will be a fresh German waffle served up mit delicious ice cream. Lecker! 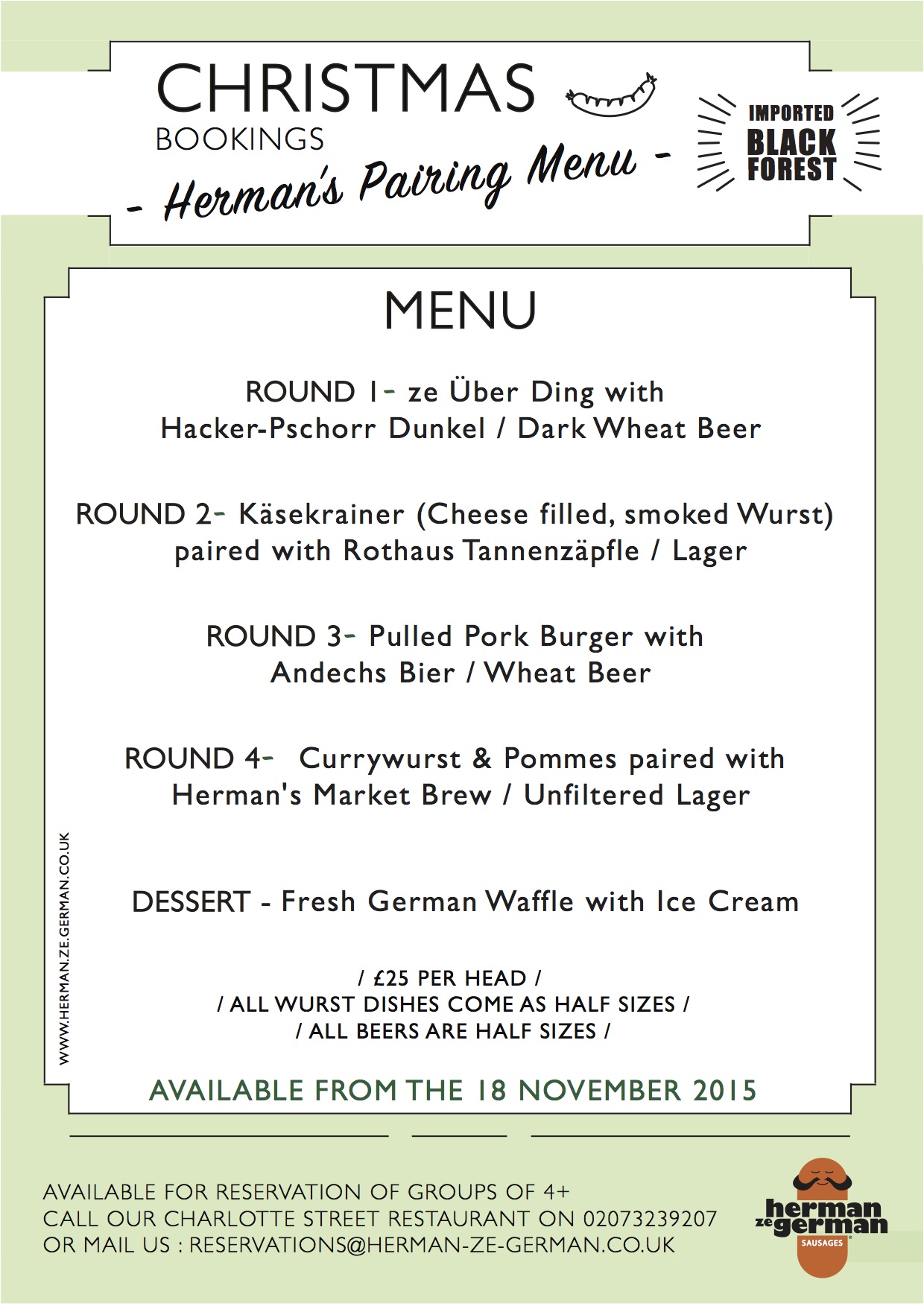 Prices per person are only £25 per head available for groups of 4+ that can by booked by calling the Charlotte Street branch on 02073239207 or emailing reservations@herman-ze-german.co.uk. Each dish is a half portion paired with half a litre of tasty German bier. Although amazing all year round, Herman’s Christmas Menu will get everyone feeling the festive spirit.